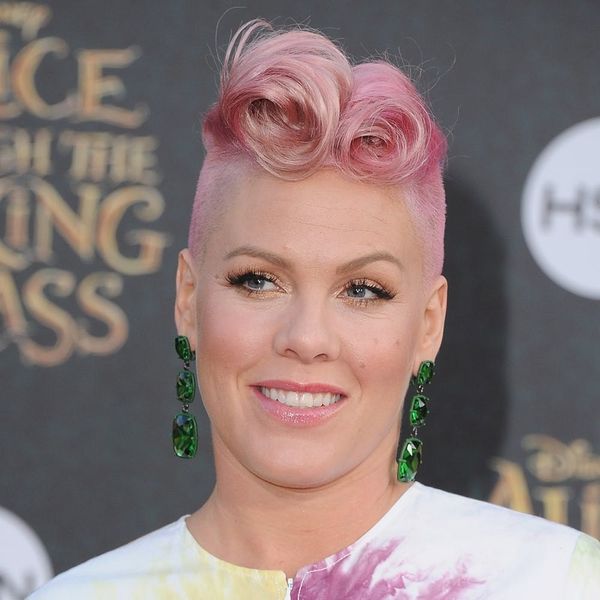 Um, could we love Pink more? Probably not. Not only is she apparently an amazing mom (her reason for throwing her five-year-old’s party was totally tops, BTW), but she’s also willing to come out in defense of other ladies in the biz. Specifically, Pink has responded to people who are saying that Lady Gaga stole her aerial act, and what she had to say may surprise you.

It’s pretty hard to forget about Pink’s 2010 Grammy’s performance, when she gave us a spectacular sight as she spun and twisted, dripped and flew like a total goddess while singing “Glitter in the Air.”

It’s become a signature performance for Pink, which is the particular reason why many folks saw comparisons to her act and the one that Lady Gaga pulled off during this year’s Super Bowl halftime show.

Pink, on the other hand, loved Lady Gaga’s performance (“Lady Gaga killed it yesterday. Her voice was powerful and beautiful, her outfits were on point, choreography stellar, her heart was in it and she sang about love and inclusiveness, all in front of millions and millions of people.”) and wanted to remind her fans to support other women (“Let’s celebrate a woman who has the guts to jump off a roof and stand up there in the first place.”). She also pointed out that, TBH, Cirque and Peter Pan did the aerial-wire-act thingy way before she did.

She then went on to tell those who were willing to listen to (or rather, read) her words that there are more important things to focus on right now (“Now can we get back to the real controversy? The one where our so-called leader is stripping our humanity away minute by minute…”) while including the hashtags #womensupportingwomen #happymonday #letsnotgetdistracted. Point? Made.

What do you think about what Pink had to say about Lady Gaga’s performance? Tweet us @BritandCo!

Desiree O
Desirée O is a ‘Professional Bohemian’ who loves anything and everything related to the arts, entertainment, and pop culture. She ADORES being a ‘Newsy’ for Brit + Co, covering all of the latest tidbits of awesomeness that you want to read about. When she’s not writing, she’s either making messy art, going on long adventurous walks with her camera, or poking around over at bohemianizm (http://www.bohemianizm.com/). You can find out about Desirée O and her work at http://DesireeO.com/ or follow her on Twitter @DesireeO.
Super Bowl
Celebrity News
Super Bowl
More From Celebrity News