This Is the World’s Smallest Folding Bike 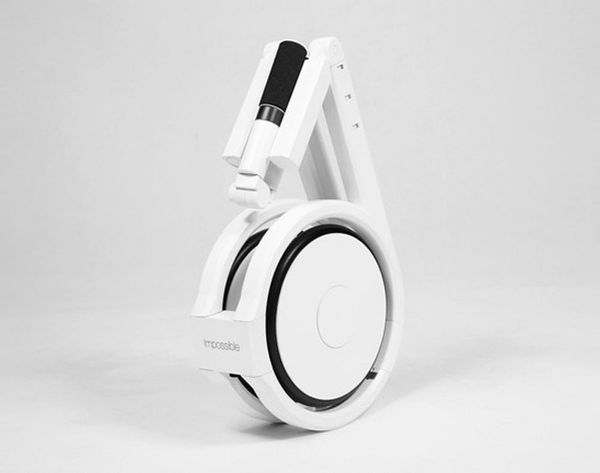 The newest portable electric bike is so small it’s Impossible. No, really, that’s what it’s called. And it’s no wonder, because it folds down to be small enough to easily fit inside a backpack. That means you don’t have to worry about leaving it outside in the elements or even locking it up. You just bring it inside with you.

In the world of electric bikes, this is a really big deal. Well actually, it’s small, but you get the idea. Since it’s electric, it’s a great alternative for urban dwellers whose commute is not super far, but perhaps super congested. With Impossible, you don’t have to worry about getting sweaty because you won’t be pedaling. It’s electric so it does the heavy lifting for you. All you have to do is unfold the bike and click the parts into place. Point the front wheel in the direction you want to go and just ride.

The bike folds and unfolds in only four steps, and you can charge it from any outlet. With one full charge, the Impossible can travel up to 12.4 miles per hour for 45 minutes. The base model is all white, but 40% of the parts on the bike are customizable, so you can pick and choose colors to make it totally your own.

The Impossible bike has already more than quadrupled its funding goal of $55,000 on Kickstarter and will continue fundraising through Christmas. You can get a deal on the first round of Impossible bikes in production with a pledge starting at $430.

Would you ride an Impossible? Let us know what you think of this electric ride in the comments!

Katelan Cunningham
Katelan is a tech junkie obsessing over all things startup and design. She has entirely way too many apps on her phone and is no stranger to binge-watching. She accidentally fell in love in Los Angeles and that’s where she currently lives, writes, tweets and grams.
Kickstarter
Tech
Kickstarter
More From Tech