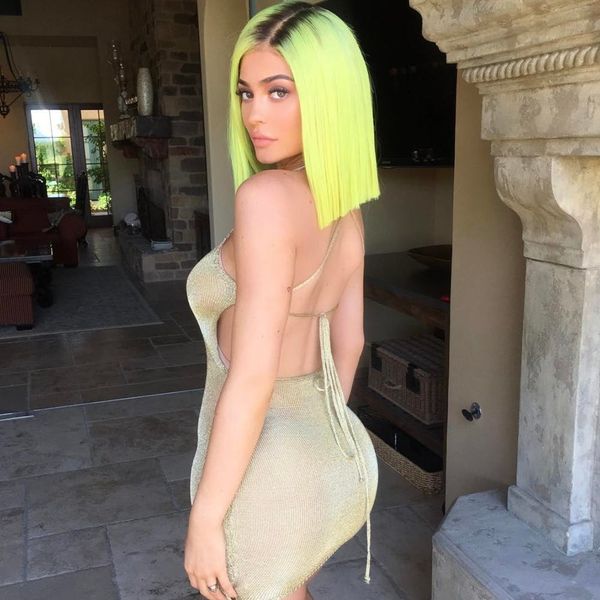 With their sultry designs and budget-friendly prices, it’s not hard to see why PrettyLittleThing is the hottest online clothing brand RN (celeb fans including Victoria Justice and Kylie Jenner — remember her barely there Coachella dress — don’t hurt either!). Unfortunately, the trendy retailer is currently in a bit of a jam — albeit, a hilarious one: They made a bodysuit that’s so small, no one can put it on!

Hi @OfficialPLT just wondering why your top won't fit over my head pic.twitter.com/MMbLNPDFfX

Twitter user Olivia Skuce found out the hard way when she attempted to put on a black mesh bodysuit she’d purchased from the retailer and then shared her woes via Twitter when it wouldn’t fit past her forehead. Apparently Skuce wasn’t the only one having the issue — other users quickly responded with photos of their own.

It's a global problem pic.twitter.com/HbFYG608GD

Thankfully, PrettyLittleThing’s customer service was on it and asked the people affected to send them direct messages to fix things. Hopefully in the future the company will test their shirts to make sure they can actually be put on!

Have you ever had an online shopping disaster? Tell us about it @BritandCo!

Shea Lignitz
Shea can be found in the nearest bookstore or brewery, exploring the great outdoors, or blasting Led Zeppelin. She grew up in the cold and rain of Northern California's redwoods but is currently wandering around Texas.
Controversy
Style News
Controversy
More From Style News