Prince Louis’ Godparents Have Been Revealed! 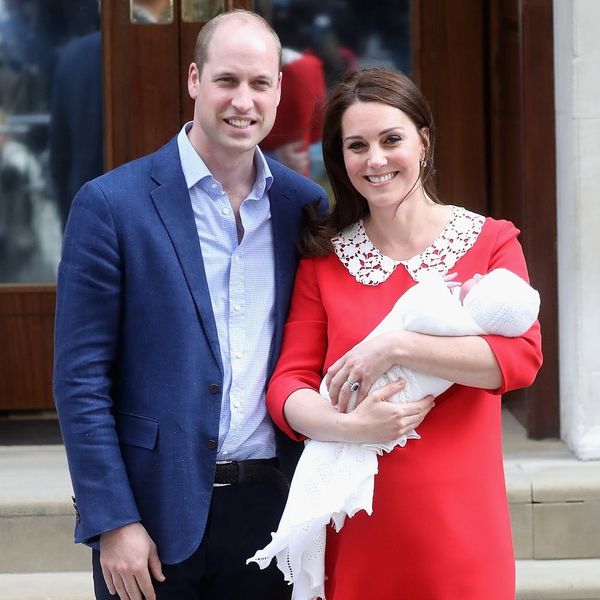 On Monday, July 9, just hours before Prince Louis‘ christening, Kensington Palace announced the six people who have been chosen as godparents to the 11-week-old royal.

Lady Laura Meade, Hannah Carter, and Lucy Middleton have accepted the roles of Prince Louis’ godmothers, while Nicholas van Cutsem, Harry Aubrey-Fletcher, and Guy Pelly are the three godfathers. Each godparent is a close friend or family member of Louis’ parents, Prince William and Kate, the Duke and Duchess of Cambridge.

Lady Laura Meade is married to James Meade, Princess Charlotte’s godfather. James and Prince William have been close ever since they attended Eton College together — William was even an usher at his wedding to Laura — and Laura’s family is close with the Middletons.

Hannah Carter is a friend of Duchess Kate’s from Marlborough College. William and Kate actually spent their first anniversary as guests at Carter’s wedding in 2012.

Lucy Middleton is the Duchess’ cousin and the sister of Adam Middleton, another of Princess Charlotte’s godfathers.

Nicholas van Cutsem is the brother of William van Cutsem, one of Prince George’s godfathers. The van Cutsems are close with the royal family and even once lived at Anmer Hall, which is now William and Kate’s home in Norfolk. Nicholas also happens to be the father of Grace, the bridesmaid who famously covered her ears and made a face while on the balcony of Buckingham Palace after the Duke and Duchess’ wedding.

Harry Aubrey-Fletcher is another Eton College alum who attended prep school with Prince William. He served as an usher at Will and Kate’s wedding.

Prince Louis’ final godfather is Guy Pelley, who runs Tonteria, a London nightclub that used to be one of Prince Harry’s favorite places to party. Pelley was also responsible for planning Prince William’s bachelor party.

Allsix of Prince Louis’ godparents will take part in the private christening, which is set to take place at 4pm at the Chapel Royal, St. James’s Palace.

Are you a godparent to anyone? Let us know @BritandCo!