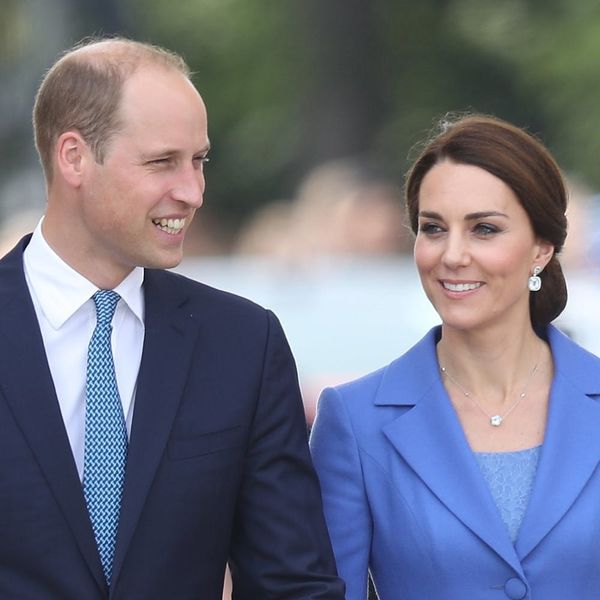 The celebrity holiday cards keep coming! Just one week away from Christmas day, Prince William and Duchess Kate Middleton have revealed their family’s 2017 card, and it just might be the cutest thing you see today.

“The Duke and Duchess of Cambridge are pleased to share a new photograph of their family,” Kensington Palace tweeted on Monday morning, noting that it is indeed the image the family will use for their Christmas card this year. Taken by the royals’ Getty photographer Chris Jackson, the photo features William, Middleton, and their two children, Prince George, four, and Princess Charlotte, 2two, in matching powder blue and navy ensembles.

“Delighted that the Duke and Duchess of Cambridge have chosen to use this family portrait I shot as their Christmas card this year,” the photographer Jackson said in an Instagram post. The photo is a similar composition to years’ past, with the kids front and center.

The family also took the opportunity to reveal that, starting in January, Charlotte will attend the Willcocks Nursery School in London. Hopefully big brother George can give her some first-day-of-school tips!

The royal family recently revealed that they would be breaking tradition this holiday season by welcoming Prince Harry’s fiancée, Meghan Markle, for Christmas, going against the palace’s long-held tradition that prevents anyone outside of the family from partaking in the celebration. Sounds like it’ll be a fuller — and hopefully happier — house than ever!

What do you think of the royals’ Christmas card? Let us know @BritandCo!