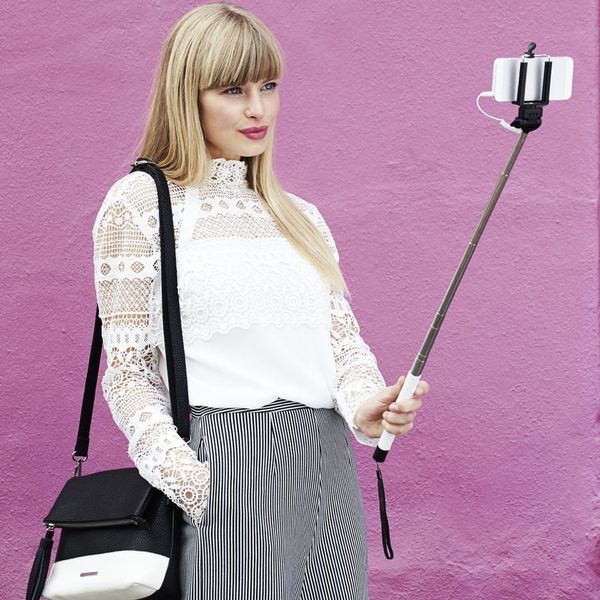 Whether you mean it to or not, your profile photo says a lot about your personality – and not just in a “this gal loves to travel” sort of way. Are you open, agreeable, or an extrovert? According to a new study by the University of Pennsylvania, your primary picture of social media can divulge all those character traits (and more!) before you ever even meet someone.

A team of researchers at the University of Pennsylvania analyzed 60,000 Twitter users’ photos and asked 429 of those people to fill out a personality questionnaire. They broke up their findings into five personality categories: openness, conscientiousness, extraversion, agreeableness and neuroticism. Scroll down to read a little bit more about their findings for each + what your profile photo says about you!

Openness: People who give off traits associated with openness (intellect and openness to experience) typically have photos with increased levels of contrast, sharpness, saturation and less blur. Continuing in this vein, they tend to shy away from a natural feel. These users are most likely to have profile pictures that show off something other than their faces. If a face is present, it will likely be adorned with reading glasses, but not sunglasses.

Conscientiousness: Conscientiousness people are typically associated with “orderliness, planned behavior and self-discipline.” These profile photos are typically of just one face as opposed to a group. They prefer their photos not to be in grayscale but rather colorful, natural and bright. Researchers also found that conscientious users are likely to display pictures that make them seem older and more mature.

Extraversion: Not super surprisingly, extraverts’ profile pics are most commonly associated with extremely colorful images. Their photos aren’t super aesthetically pleasing and tend to have a large group of people in them. Because of this, their photos typically have one of the smallest face ratios – likely due to the amount of people in the photos or because it focuses on their environment. Unlike conscientiousness people, extroverts try to appear younger in their profiles and are often photographed with other younger people.

Agreeableness: Agreeable people are those who evoke a social harmony and air of cooperation. Their photos will more often than not, have faces in them. Their photos are colorful, low in sharpness, blurry and bright. While they typically include a face, they’re the most likely to be cluttered as opposed to having just one focal point. As you might expect from an agreeable person, you’ll usually find them smiling or giving off a joyous and overall positive emotion.

Neuroticism: Folks who are ripe with negative emotions and emotional instability will often have photos anticorrelated with colorfulness (AKA grayscale galore). Unlike agreeable people, they’ll likely have a simple image that doesn’t respect the rule of thirds. The researchers write, “This shows that overall, neurotic people display simple, uncolorful images with negative color emotions.”

Cortney Clift
Cortney is the senior writer and special projects editor at Brit + Co. She typically covers topics related to women's issues, politics, and lifestyle. When she's not buried behind her computer you'll find her exploring New York City or planning her next big adventure.
study
Entertainment
study