Queen Elizabeth II Made a Surprise Appearance at London Fashion Week Next to Anna Wintour! 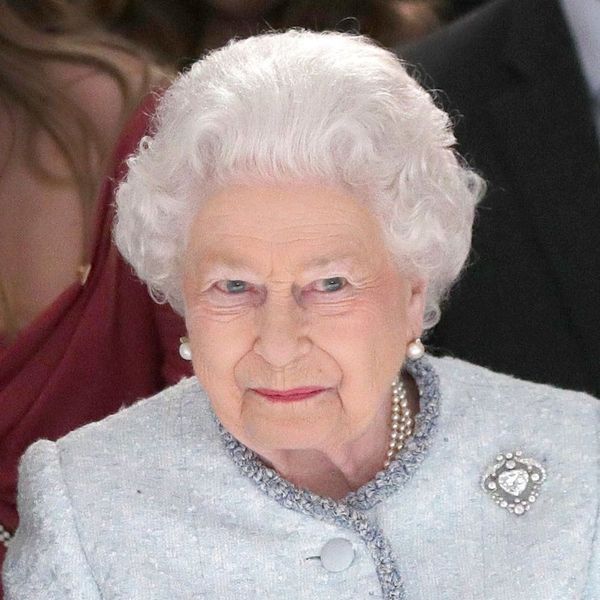 London Fashion Week is ending with a royal bang! If you thought the front rows at New York Fashion Week were impressive, brace yourselves: Richard Quinn‘s London show seated none other than the Queen of England, who made a surprise appearance on the last day of the four-day affair.

As WWD reports, The Monarch was on hand to present the designer with the inaugural Queen Elizabeth II Award for British design.

Needless to say, Her Majesty sat front row, and she was definitely in good company. She was seated between Vogue Editor-in-Chief Anna Wintour (who also just met Queen Elizabeth II’s granddaughter-in-law, Kate Middleton, for the first time Monday evening), and Chief Executive of the British Fashion Council, Caroline Rush. And though the front row chairs themselves were far from thrones, the queen’s seat *was* padded with a light blue cushion, according to British Vogue.

The monarch donned a robin’s egg blue tweed suit emblazoned with Swarovski crystals for the big event, a creation from British dressmaker, Angela Kelly, who has been the queen’s right-hand stylist since 2002.

After the fashion show — which featured a whirlwind of color and blooming florals, the Queen took to the podium for her presentation of the award, which aims to recognize “…the role the fashion industry plays in society and diplomacy,” according to the official Royal Family Twitter account, to be awarded annually “to an emerging British fashion designer who shows talent and originality, whilst demonstrating value to the community and/or sustainable policies.”

We’d be willing to bet the award will skyrocket *any* designer’s career! Congratulations, Richard!

What do you think of the Queen’s surprise appearance at London Fashion Week? Let us know @BritandCo!

Sophie Wirt
When Sophie isn’t writing, she can be found experimenting with DIY nail art and singing along to old school Britney Spears jams.
Style News