Why Time’s Up Is Joining a Campaign to Hold R. Kelly Accountable 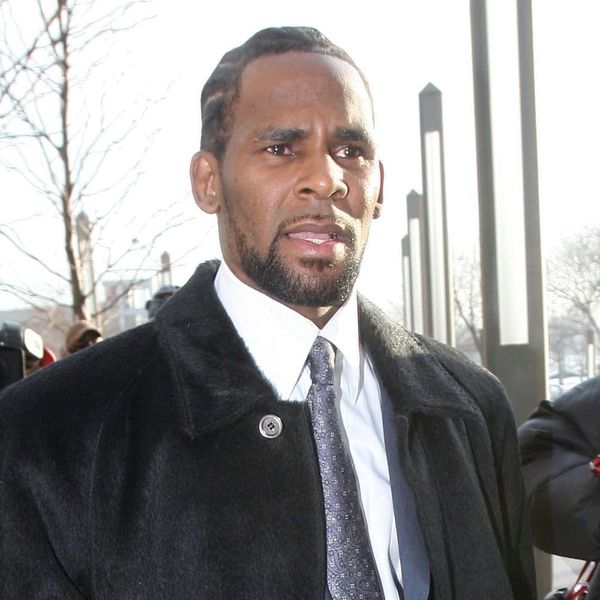 UPDATE (May 10, 2018): Spotify announced Wednesday that it will be removing music by R. Kelly and rapper-singer XXXTentacion from its playlists and algorithmic recommendations in accordance with the streaming service’s new Hate Content & Hateful Conduct policy. While both artists’ music will still be available on the service, Spotify will no longer actively promote it.

It’s been five months since women in Hollywood launched Time’s Up, a campaign aimed at fighting workplace sexual abuse. This week, women of color involved in Time’s Up, including Ava DuVernay, Lupita Nyong’o, and Shonda Rhimes, signed on to an existing online campaign called #MuteRKelly in an effort to get singer R. Kelly’s music off of popular platforms and have his concerts canceled. The initiative demands Kelly’s financial partners to “join us and insist on safety and dignity for women of all kinds,” a plea to hold the “I Believe I Can Fly” singer accountable for over two decades of alleged sexual abuse against young women of color.

We join the call to #MuteRKelly and insist on the safety + dignity of all women. We demand investigations into R. Kelly’s abuse allegations made by women of color + their families for two decades. We call on those who profit from his music to cut ties. #MuteRKelly #TIMESUP #WOC pic.twitter.com/TYmDRVIH00

In a statement published in The Root on Monday, women of color of Time’s Up wrote, “As women of color within Time’s Up, we recognize that we have a responsibility to help right this wrong. We intend to shine a bright light on our WOC sisters in need. It is our hope that we will never feel ignored or silenced ever again.”

For decades, R. Kelly (whose full name is Robert Sylvester Kelly) has been reported to be sexually abusive to young Black women, many of them underage. In 1996, R. Kelly was sued by a 20-year-old woman, Tiffany Hawkins, for $10 million. Hawkins claimed the musician started a sexual relationship with her when she was only 15 years old, part of a pattern of alleged abuse reported by the Chicago Sun-Times in 2000. It’s public knowledge that Kelly married the late singer Aaliyah when she was 15 years old in 1994, shortly after he produced her debut album Age Ain’t Nothing But A Number, and that the marriage was swiftly dissolved when the underage singer’s family found out. In 2002, Kelly was indicted on 14 counts of child pornography and acquitted on all charges six years later.

Last year, R. Kelly came under scrutiny yet again when Buzzfeed reported that the singer was allegedly abusing young women in a “cult.” Parents of one of the women in the alleged cult said they feared their daughter had been brainwashed and was being sexually abused by Kelly.

We demand appropriate investigations and inquiries into the allegations of R. Kelly’s abuse. #MuteRKelly #TIMESUP pic.twitter.com/T1Rj6DzhYK

These are only a few in a long list of sexual abuse allegations against the singer. And yet, Kelly continued to sell his music and go on tour, raking in money and not being held accountable. Kelly has long denied the allegations against him, and went so far this week as to falsely compare his allegations to a “public lynching.”

Time’s Up is appealing to RCA Music Records, Ticketmaster, Spotify, Apple Music, and the Greensboro Coliseum Complex, to cut ties with the singer. The Complex is hosting one of Kelly’s concerts on May 11th, and the other platforms either make or sell Kelly’s music or tickets to his show. The statement asks these companies “to join us and insist on safety and dignity for women of all kinds.”

The #MuteRKelly campaign and hashtag went viral on Monday, but it was also used last year by a group of Black women who campaigned to cancel one of R. Kelly’s Dallas concerts last year.

“It’s time to reflect on what is going on in the music industry and why is it that these things are OK,” Niecee X. of Black Women’s Defense League, the group behind the 2017 hashtag initiative, told local ABC affiliate WFAA last year.

In their statement, the Women of Color of Time’s Up noted multiple times that Kelly’s alleged abuse of women has long been known, and it’s past time for action.

“The scars of history make certain that we are not interested in persecuting anyone without just cause,” they wrote. “With that said, we demand appropriate investigations and inquiries into the allegations of R. Kelly’s abuse made by women of color and their families for over two decades now. And we declare with great vigilance and a united voice to anyone who wants to silence us: Their time is up.”