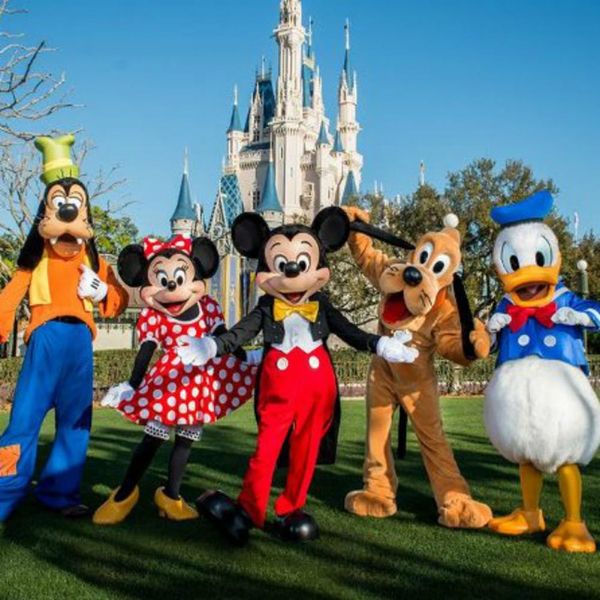 There’s no denying the fact that we love us some Disney (have you heard the Tangled series news?). We also love our Netflix binge-watching sessions, although we’ll be having them in moderation after hearing the news that they actually have the scary potential to shorten our lives, thank you very much! Now, we’re getting word that our two favorite things just may become one, with rumors that Disney may be purchasing the streaming giant.

According to our friends at Hello Giggles, the House of Mouse has been looking to get into the streaming game, and Netflix has been bleeding funds to create its ever-popular hit shows.

A merger between the two could be a symbiotic one for both parties then (and stockholders — Netflix stocks have reportedly soared since the rumors began swirling), but we’ve gotta say: We’re having some seriously mixed feelings on the matter.

While we LOVE the idea of having all of our favorite Disney films (Zootopia!) at our fingertips, we can’t help but wonder how this would affect some of the network’s racier/dark original material (the likes of which could soon account for 50% of its programming), plenty of which is far from family-friendly.

Call us crazy, but we can’t really see the House of Mouse lending its name to something like Breaking Bad, where people are being reduced to body parts left and right. We also can’t see some of the uncensored language Netflix currently employs being kosher with the family-family brand. Netflix’s current lack of censorship is part of what makes its unique content so great, so we’re not really keen on the guidelines we imagine such a merger would bring about — this is, after all, a company that still makes its employees cover all tattoos.

With nothing solid in the works yet, there’s still plenty of time to figure all of that out, so fingers crossed they’ll find a way to give us the best of both worlds!

Nicole Briese
Nicole is the weekend editor for Brit + Co who loves bringing you all the latest buzz. When she's not busy typing away into the wee hours, you can usually find her canoodling with her fur babies, rooting around in a bookstore, or rocking out at a concert of some sort (Guns N' Roses forever!). Check out all her latest musings and past work at nicolebjean.com.
Disney
TV
Disney Netflix
More From TV