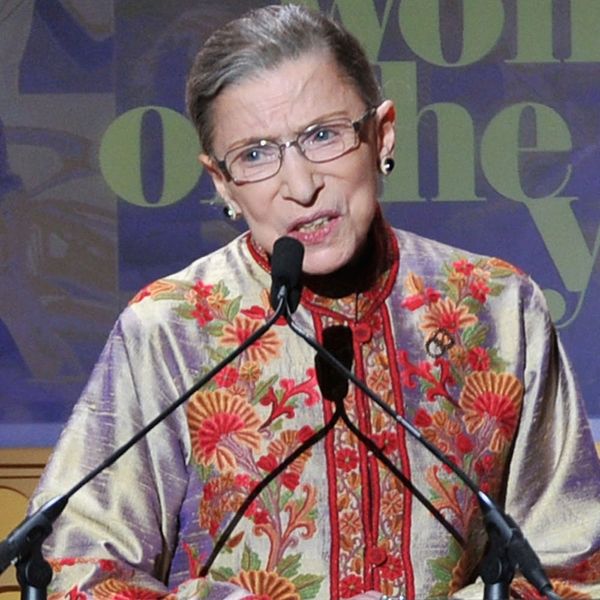 Ruther Bader Ginsburg is basically the ultimate #girlboss. Ever since the 82-year-old Supreme Court Justice was sworn in over 20 years ago, she has served as a symbol for just how powerful women can be. Known for her inspiring quotes (Our fave: “I’m sometimes asked when will there be enough [women on the Supreme Court]? And I say, ‘When there are nine.'”) and her overall badass attitude, Ruth is a role model and an important figure in American history. So, it should come as no surprise that she’s currently (and finally) writing a book.

The book will be titled My Own Words, and is set to be a selection of writings and speeches that have been made by Justice Ginsburg on topics like gender equality, the workings of the Supreme Court and being Jewish. According to a press release by Simon & Schuster, the writings will be selected by Ginsburg and her authorized biographers Mary Hartnett and Wendy W. Williams. Ginsburg will write the book’s introduction and Hartnett and Williams will write the introductions to each chapter. Additionally, Hartnett and Williams are also working on a biography of Justice Ginsburg’s life, which will be released after My Own Words.

My Own Words will be available in hardcover, ebook and audio in January 2017. Emma Watson: We think we may have we found your next book club pick.