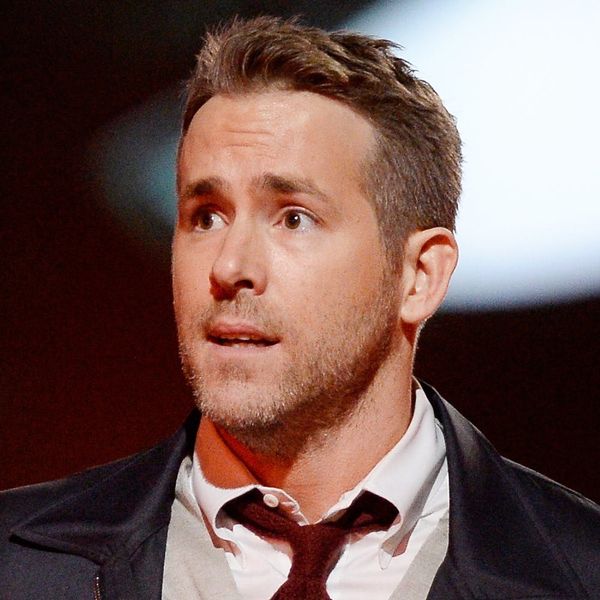 Look, we totally get that the top baby names of 2016 were inspired by totally unexpected sources (for real, parents are feeling an, er, interesting vibe this year), but now things are just going WAY too far. There was no way that Ryan Reynolds’ little girls were going to grow up immune from his quirky sense of humor, but when it comes to having a hand in naming the little ones, perhaps he should leave it to Blake.

Recently chatting with eTalk’s Ben Mulroney, the Deadpool star assured the host that he and wife, Blake Lively, had settled on the perfect name for their new baby girl — and no, he wouldn’t reveal exactly what that name was. Though Ryan did reveal that whatever the name is, it wasn’t his first choice.

In fact, when Blake and Ryan had their first child, who we know is adorably named James, Ryan tried to convince Blake to opt for a totally unique name. Though he didn’t want to lean toward anything too Hollywood-ish, he wanted to name their little one… wait for it…

Joke or not, Blake wasn’t impressed. But that didn’t daunt Ryan. He tried again with baby #2, though was apparently vetoed once again. That’s probably a good thing. We’re sure his daughter will agree when she grows up and finds out she could’ve been Excalibur Anaconda. Yikes.

Did you/will you consider any, um, interesting names for your children? Tweet us @BritandCo!

Desiree O
Desirée O is a ‘Professional Bohemian’ who loves anything and everything related to the arts, entertainment, and pop culture. She ADORES being a ‘Newsy’ for Brit + Co, covering all of the latest tidbits of awesomeness that you want to read about. When she’s not writing, she’s either making messy art, going on long adventurous walks with her camera, or poking around over at bohemianizm (http://www.bohemianizm.com/). You can find out about Desirée O and her work at http://DesireeO.com/ or follow her on Twitter @DesireeO.
Celebrity Baby Names
Baby Names
Celebrity Baby Names
More From Baby Names