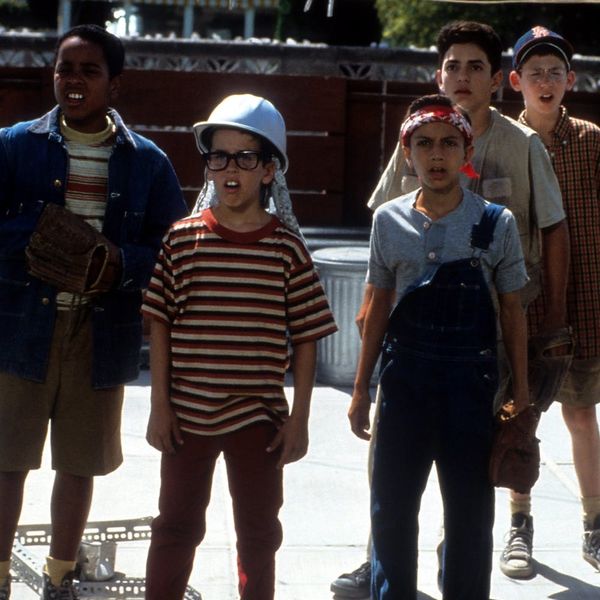 The films and TV shows of our childhood hold special meaning, so it’s always a treat when the stars of our once-favorites get back together years later. Recently, we got to freak out over a Dawson’s Creek reunion, and now the cast of the 1993 cult classic film The Sandlot have convened after 25 years — and it’s making us majorly nostalgic.

.@GadiNBC reunited the cast of #TheSandlot 25 years after the beloved movie was released, and it was everything pic.twitter.com/xxgtAjKgEw

“The film was made with the same amount of love that people have for it, and it was the greatest summer of our lives,” Evans said.

The Sandlot told the story of a group of young friends who got together to play baseball together every day in the summer of 1962. Eventually, they had to band together to rescue a Babe Ruth-signed ball that ended up behind the fence at the end of the sandlot — a fence that contained “The Beast,” a supposedly huge and vicious English Mastiff dog that no one dared cross.

While the heartwarming flick and its wholesome crew became iconic parts of many people’s childhoods, some of the stars say it hasn’t sat so well with their own children.

“I think she thinks I’m just kind of a dork, so…” Renna joked of when he recently showed his daughter the film for the first time. York, however, said that he can’t walk through some public places without fans shouting “Yeah-Yeah!” at him, proving that it still strikes a chord with viewers who grew up with the movie.

As the cast reunited on an LA field, they didn’t just sit and reminisce — they actually managed to played a few innings together. Unfortunately, Mike Vitar (Benny “The Jet” Rodriguez) wasn’t able to join — but hopefully that means another reunion (and maybe even a game) will happen in the future.

Did you love The Sandlot growing up? Let us know @BritandCo!