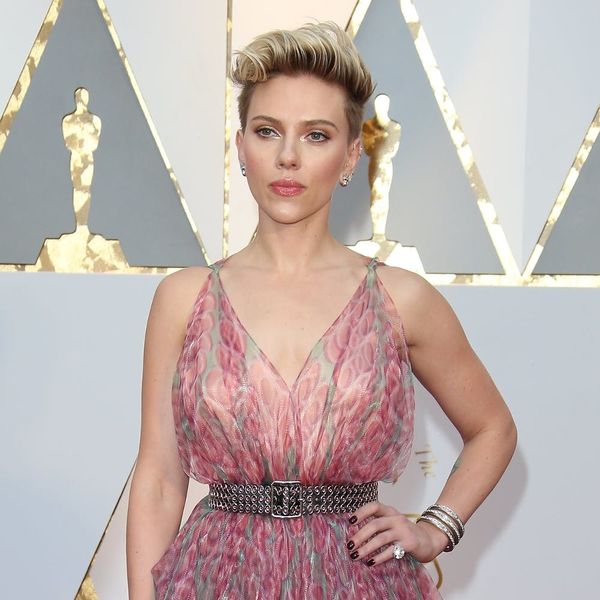 There were certainly plenty of unexpected and curious moments stemming from this year’s Oscars. From the epic Best Picture mistake to President Trump’s claim that the error was somehow about him, the eyebrow-raising deets just keep coming. The latest is from Scarlett Johansson, who totally called out Ryan Seacrest for his “ridiculous” red carpet question.

While the red carpet isn’t exactly the place for discussions about the meaning of life, stars can often expect a few inane questions — especially actresses, who endure more inquiries about their outfits than their work. Just as notorious as these questions is Scarlett Johansson’s willingness to point out their stupidity (check out The Avengers interview where she was asked about her underwear, or the UK Press Conference where her male co-stars were asked about their acting process while she was asked about any dieting she might have had to do in order to portray Black Widow).

This time around, when E! host Ryan Seacrest interviewed Johansson before this year’s ceremony, she again wasn’t having any of his flippant ways. Asked if she had worn the same heels to the Oscars rehearsal as she was wearing at the actual event where she would be presenting, the actress responded with, “What a ridiculous question!”

And really, she’s totally right. He could’ve asked her about her past films, possible upcoming projects, her thoughts on this year’s nominees, even touch briefly on her red-carpet look — anything but that. Though knowing Scarlett Johansson’s penchant for taking down silly (or even offensive) questions, maybe Seacrest was just aiming to get a reaction from the star. *shrugs*

What do you think about Ryan Seacrest’s question? Let us know @BritandCo!