Science Says Open Marriages Can Have Some Benefits 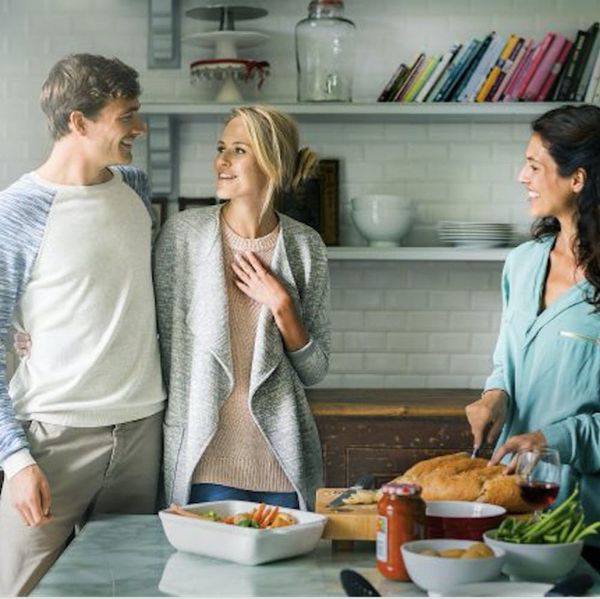 For a majority of couples, committing to a long-term relationship or a marriage means a monogamous arrangement: just the two of them forever and ever. Other couples, however, take the approach of an open relationship, which can range from occasional permission to be intimate with someone else to having additional significant others in the picture. Among those who prefer monogamy, the idea of an open relationship might seem scandalous or even unhealthy, but there’s science to back up some surprising benefits of this type of arrangement.

One major finding was that people in non-monogamous relationships tended to experience less jealousy than those who just have one partner. This might seem counter-intuitive at first: How could someone possibly feel less jealous knowing their spouse is dating someone else?

The study found a couple of reasons why jealousy isn’t as big of a factor for open couples. One is that they have permission to see other people, and that this mutual agreement mostly negates the motivation to feel jealous. And because of that mutual arrangement and understanding, open couples don’t feel the need to rifle through their partner’s text messages and email, looking for evidence of secrets and cheating.

This goes hand-in-hand with another significant difference between open and monogamous couples: trust. According to the new study, people in open relationships have far fewer trust issues with their partners than monogamous couples. This is largely due to the fact that there’s no expectation or demand for sexual or even emotional fidelity. Because it’s understood within non-monogamous relationships that a partner does and will be involved with other people in some way, open relationship partners don’t have to worry that their partner is “cheating;” they know their partner is seeing other people and are okay with it.

Elizabeth, who is 35 and has been in an open relationship with her partner for around four years, tells us that the independence an open arrangement affords her has been a huge benefit. Being open “has given me the chance to develop within the relationship, make my own choices, and really reflect on what I want,” she tells us. She also says that she enjoys being able to use dating apps like Tinder freely, which makes her feel more connected to the outside culture.

But this isn’t to say that being in an open arrangement doesn’t come with some challenges. Elizabeth tells us that when her partner struggles with dating or she thinks he’s with the wrong person, it can be hard to be supportive and helpful.

And of course, all romantic and sexual relationships take work, so juggling multiple relationships at once can be extra hard — a difficulty unique to open arrangements. Elizabeth says that she and her partner have struggled in the past to make sure they’re paying the appropriate amount of attention and being empathetic to the needs of people they date outside of their relationship with one another.

This brings up a point that is lacking from the new study on open relationships: Things seem to work great for the core couple, but what about the “extra” folks that get brought onboard? Because more than just the primary couple is involved, it’s also important to take a look at how other people in the relationship are impacted, and if they are enjoying the same benefits.

What the study reveals about open marriages doesn’t mean that there’s anything necessarily right or wrong with different relationship arrangements, but it does emphasize the validity of open relationships. Monogamy will work for some couples, while open relationships will be better for others, and it’s important to remember that while the latter isn’t as widely accepted, it can still be a good thing for the people who make it work.

What do you think about open marriages and relationships? Tell us on Twitter @BritandCo.