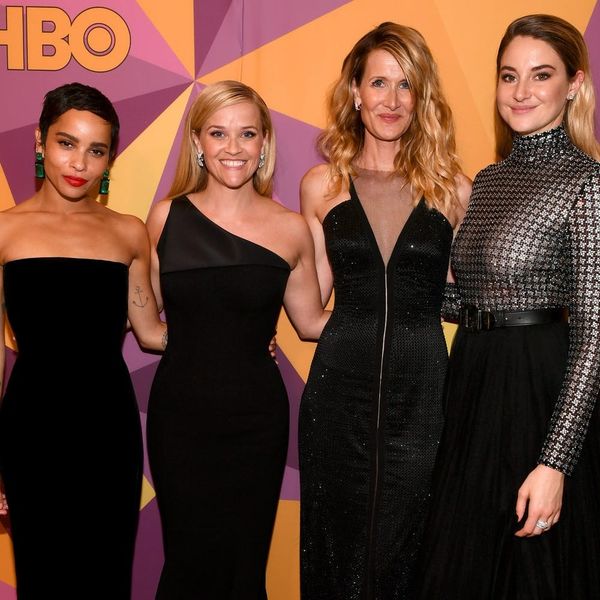 Talk about friendship goals. Shailene Woodley’s new movie Adriftopened in theaters this weekend, and her Big Little Lies costars showed their support by going to see it as a group.

“WHAT TRUE SUPPORT AND SISTERHOOD LOOKS LIKE,” Woodley captioned a photo on Instagram. In it, she, Zoë Kravitz, Reese Witherspoon, and Laura Dern stand outside of a movie theater and proudly show off their tickets to the film. “I feel so shown up for.”

Each of the women posted the same photo on their own Instagram accounts, sending their love — and their reviews of the film — Woodley’s way. Witherspoon said the actress was “outstanding in a rare performance of woman vs. nature that is not to be missed,” while Dern and Kravitz called her performance “amazing” and “stunning.”

Adrift is based on a true story. It follows Tami Oldham (Woodley) and Richard Sharp (Sam Claflin), a couple who embark on a sailing trip only to get pummeled by a hurricane that leaves them injured and their boat badly damaged, stranding them in the middle of nowhere. Kravitz called it an “inspiring, badass, beautiful, CRAZY, and TRUE story about the power of the human spirit.”

The Big Little Lies ladies took a break from filming season 2 of their acclaimed HBO show to see the movie. The second season will continue the story told in author Liane Moriarty’s novel of the same name, with some exciting new faces, including Hollywood legend Meryl Streep, in major roles.

Does seeing the BLL ladies support each other in real life make you happy? Let us know @BritandCo!