Slavery in 2017? New Footage Shows Refugees Being Auctioned in Libya 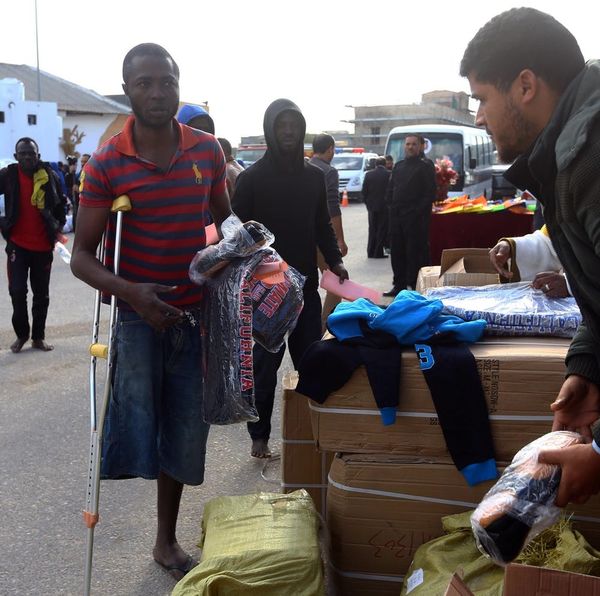 In 2011, North African country Libya was finally able to oust its longtime dictator, Muammar Gaddafi, setting off a series of events leading to the country’s ongoing civil war. As a bridge point between the Middle East, Africa, and Europe, the nation has been used for decades as a stepping stone to freedom for many escaping conflict and horrendous conditions in their home countries. The Libyan civil war has not stopped millions from heading to the country, however, and without a stable government or even laws to protect citizens, the gangs, militias, and tribes running sections of the country have taken to a new way to generate income: slavery.

The de facto Libyan government has been trying to put a stop to illegal immigration from their country into Europe, which has created the bottleneck of refugees on their shores. Estimates put the number of people stranded there anywhere from 400,000 to one million. The UN says the conditions in refugee camps are “horrific,” with assault, murder, and crime a way of life, not unlike the civil unrest that is happening in the country overall.

As early as April this year, reports began surfacing of a possible slave market in Tripoli, Libya’s capital. Mostly populated by young African men, human traffickers have been collecting these refugees with the promise of having them taken out of the camps into freedom in Europe. While the rumblings have been growing into a roar, CNN headed into Libya in November and confirmed the reports first hand.

Since the video has surfaced, the acting government in the country has promised to free many of the men headed for auction and grant them safe passage back to their home countries. Mostly hailing from Niger, Rwanda, and Senegal, just this week 242 men, women and a few children were able to get home to Niger thanks to the help of those on the ground in Libya. The President of Niger has said that anyone hoping to come home to the nation will be helped in their journey, regardless of the circumstances surrounding their departure (many people left without a passport, crossing the continent on foot).

In Rwanda, the government has offered safety for up to 30,000 people stuck in Libyan refugee camps, extending the invitation to anyone from Sub-Saharan Africa, not just Rwanda. “Given our own history … we cannot remain silent when human beings are being mistreated and auctioned off like cattle,” the Rwandan foreign ministry said in a statement. Rwanda had a violent five-year civil war that led to a genocide that almost completely wiped out the Tutsi people between 1990-1995.

On Tuesday, the UN Security Council held an emergency meeting to try and come up with solutions to the multiple problems facing Libya and the refugees being sold into slavery there. The international organization says they are going into overdrive, and “stepping up” their work in North Africa to stop the abuses currently happening.

Filippo Grandi, the UN’s High Commissioner on Refugees told the council, “too often, measures pursued in relation to the Mediterranean [refugee] routes have centered on how to control, deter and exclude [people from migrating]. This can have a dehumanizing effect – and more importantly, alone, it does not help refugees and migrants avoid exploitative, deeply harmful situations.” Grandi called on the UN to overhaul the methods that the organization uses in order to deal with the worsening refugee crisis in Europe.

What do you think of the UN’s call to action to better support refugees? Tell us @BritandCo!