Here’s a Sneak Peek at the Will & Grace Reboot Script 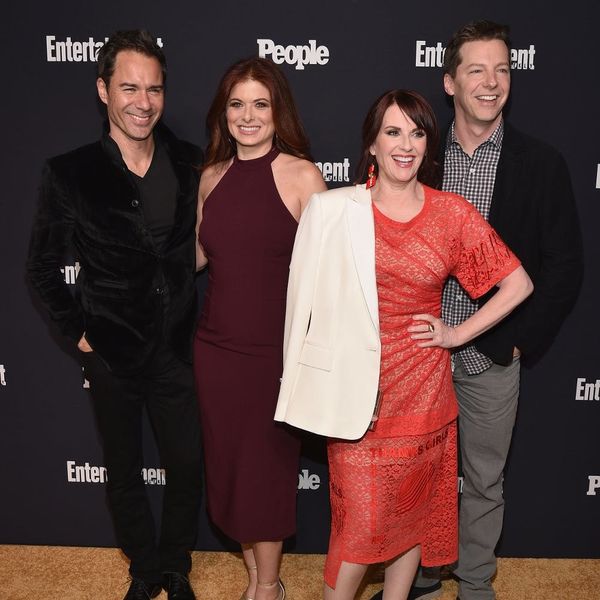 Fans were beyond thrilled when news broke that Will & Grace was returning to TV, and as our giddiness continues to grow with glimpses at the highly anticipated reunion, we’ve just been given a sneak peek at the Will & Grace reboot script. Eee!

Max Mutchnick, the creator behind the beloved sitcom, tweeted a pic on Friday which, at first, seems pretty darn boring. Captioned, “W&G Writing Room on Hiatus. Stopped by the office to pick up my wig. #wigandgrace,” we’re given a shot of the dude’s glasses and a pen, along with a big ol’ bottle of Tums.

But if you look a little closer…

W&G Writing Room on Hiatus. Stopped by the office to pick up my wig. #wigandgrace pic.twitter.com/Cvy0aoYVXt

Yep, that page is a script. And that script is of the new Will & Grace reboot. *zooms in to scan EVERY word*

Giving us a look at an episode called “The Wedding,” we’re loving the scene playing out between Will and Jack (the two apparently discussing a possible date for said wedding and, natch, Jack slipping in a request for funds). But beyond that, we’re wildly intrigued by the stage direction indicating that “Karen enters with a monkey.” A monkey. Karen enters with A MONKEY. Of course she does.

Does this glimpse at the script make you even MORE excited about the return of Will & Grace? Let us know @BritandCo!