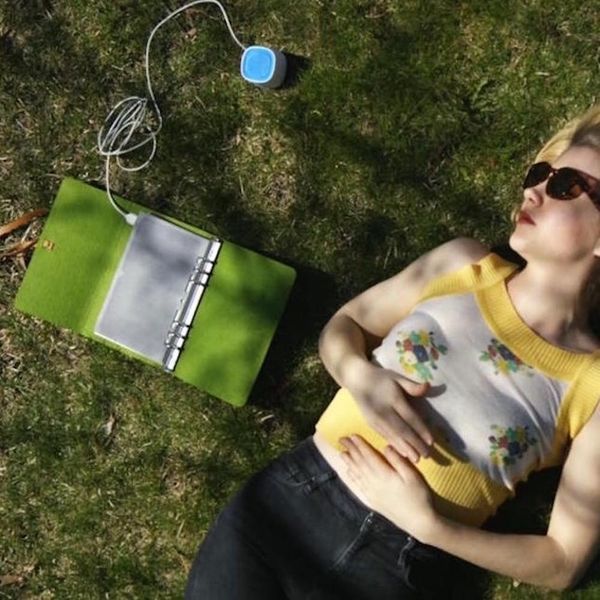 Smartphone accessories (AKA techcessories) are getting really… well, smarter lately, aren’t they? From smart smartphone cases to a snap bracelet phone, there are a ton of ways to make your tech look good and function better. Plus, who doesn’t need a LEGO calendar that corresponds with your smartphone? Another tech accessory you might actually need is SolarBook, a new notebook that doubles as an on-the-go phone charger.

If you’re someone who carries a notebook everywhere you go anyway, this might be the perfect product. It’s a lightweight, colorful (and super cute) journal equipped with a USB port that can charge your phone or tablet. It’s able to charge an iPhone in about two hours, which is about the same time a wall charger takes, the SolarBook team tells us.

As an added bonus, the notebook is environmentally friendly. It uses a solar panel that’s super efficient and advanced, while also being really lightweight — it’s only 0.7mm thin! — and detachable. “Backers can feel confident that they are reducing their carbon footprint,” the team tells us.

The SolarBook team launched a Kickstarter campaign to fund production on May 23 and they’ve raised over half their goal. SolarBooks will eventually be available for $39, but early-bird backers get a deal at $29. We suggest you head over to Kickstarter now!

What item in your purse do you wish would double as a phone charger? Tweet us your thoughts @BritandCo!

Kylie Kendall
Kylie is a freelance writer living in Ottawa, Canada. When she's not writing, you might find her scoping out all-day breakfast spots in her city or taste-testing every bottle of red wine under $10.
iPhone
Tech
iPhone notebook Tech News
More From Tech