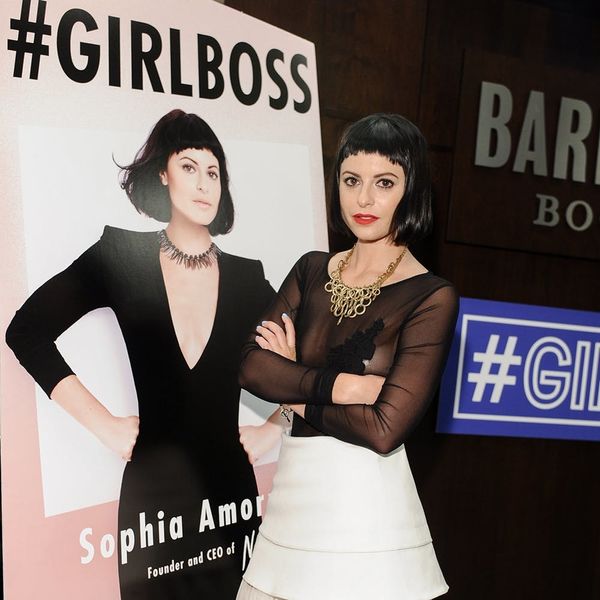 2016 is shaping up to be a MAJOR year for Sophia Amoruso. Ever since the release of her best-selling memoir back in 2014, Nasty Gal’s founder has begun a whole handful of new ventures. She launched a podcast late last year and even revealed she’s currently writing a #Girlboss sequel. Now it looks like Sophia is tacking on “producing a new Netflix series” to that already impressive list.

Variety revealed today that Netflix is currently working to transform #Girlboss into a comedy series. Kay Cannon of Pitch Perfect is set to write the script, while Charlize Theron and Sophia herself are slated to take on two of the executive producer roles. Just like her book, the story will focus on Amoruso’s rags-to-riches story. You’ll watch the main character go from dumpster-diving and selling vintage clothes on eBay to eventually launching a multi-million dollar fashion empire in LA by age 27.

We’re guessing casting is already underway, but if not, we’re going to go ahead and throw Krysten Ritter’s name into the pool. With similar features to Sophia, a razor-sharp wit and experience with a successful Netflix series (ahem, anyone seen Jessica Jones?), she just might be the right leading lady to make this our new Netflix obsession – just sayin’.