Sorry Kim: This Kardashian Will Claim the Throne in 2017 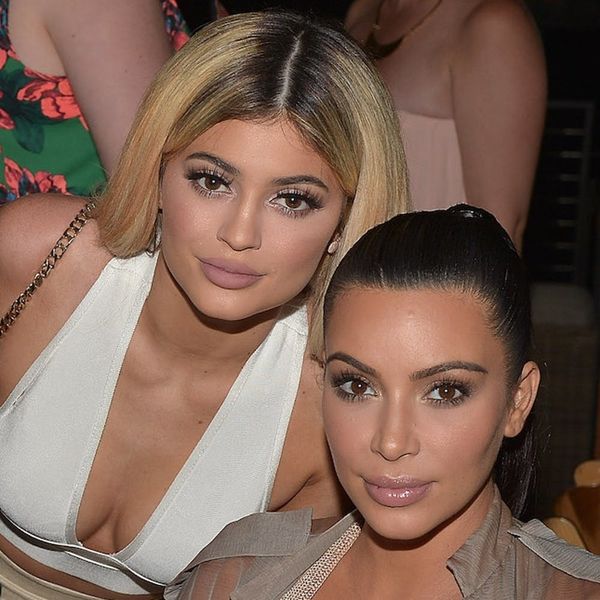 The Kardashian-Jenner sisters are a notoriously and enviably close crew, always having each others’ backs and being fiercely loyal to each others’ multipleendeavors. Maybe it’s because each has (strategically?) carved their own professional niche, but if there’s any competition between the sisters, it’s most likely the healthy and motivational kind — we don’t really see any competitive tension at all between these girls.

And really, we should have seen it coming. A few months ago, after copping Kim’s platinum blonde look, Kylie posted a pic that made us do a double — then TRIPLE — take. It so easily could have been Kim.

There’s no denying that, when it comes to numbers (except where their apps are concerned — Kylie is Kween there), Kim remains the social media queen of the group, even with her months-long hiatus still underway. But Kylie’s the closest runner up, and her recent Snapchat and Instagram stunt of cooking lasagna in her underwear felt VERY breaking-the-internet-naked-mirror-selfie.

Most recently, Kylie announced a racy 2017 calendar shot by the controversial photographer Terry Richardson, who also shot Kim for her Rolling Stone cover last summer. The photos Kylie has so far shared from the calendar are so totally Kim.

This actually isn’t the first time Kylie has posed for Richardson — his photos accompanied a Galore interview with Kylie last year in which, funnily enough, she admitted Kim was her biggest inspiration. Two years ago, the half sisters did an interview for Kylie’s app where Kim literally asked Kylie, “How do you feel now that you have dethroned me?” They were obviously poking fun at the competition the internet had invented for them, but two years later, it feels like it might be true.

Do you see Kylie becoming the “top” Kardashian? Let us know over @BritandCo!