How 11 of Your Favorite Stars Are Celebrating Star Wars Day 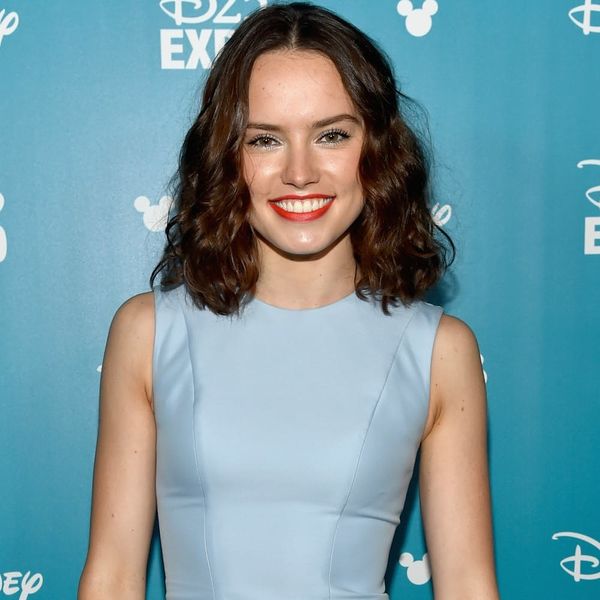 Star Wars Day (#MayThe4thBeWithYou) is here in all its intergallactic glory, and whether you’re planning a viewing party at home (find all your geeked-out Star Wars essentials here), or just showing your support with your favorite Forever 21 Star Wars tee, you’re definitely not alone in celebrating the much-lauded franchise.

1. Mark Hamill: Luke supported the Force for Change cause with this sweet snap that read “Don’t donate for me — donate for THIS guy.” (via @HamillHimself)

2. Daisy Ridley: The reigning Star Wars Queen herself was happy to celebrate her legacy’s big day, posting a series of still shots that ended with this snap of her makeup team getting her Star Wars ready. “This is team Dazzle… AKA the incredible women that kept me going the whole way through the shoot,” she says. (via @daisyridley)

Help me, @HamillHimself. You’re my only hope… of getting into the next @starwars movie! #MayThe4thBeWithYou, Marky! pic.twitter.com/MQVIpwLMMk

3. Miss Piggy: Miss Piggy appealed to Mark Hamil AKA Luke himself with this plea for a Star Wars movie appearance. “You’re my only hope… of getting into the next Star Wars movie!” she begs, adding, “May the 4th be with you, Marky!” Oh, Piggy: Once a diva, always a diva! (via @misspiggy)

Just because I am at the #airport AGAIN, doesn't mean I can't celebrate 🍾🍾 #maythe4thbewithyou #seventhsister #starwars

4. Sarah Michelle Gellar: Though SMG posted a series of quotes from the movie on her Twitter account, she refused to miss out on the fun IRL, even while traveling. “Just because I’m at the airport AGAIN doesn’t mean I can’t celebrate,” she quipped. (via @sarahmgellar)

5. Jenny McCarthy: Rocking a “Tupacca” tee and wielding a saber, Jenny McCarthy posted this hilarious shot, saying #maythe4thbewithyou to her followers with a space emoji. (via @jennymccarthy)

May the 4th be with you #meanttobe

6. Rachel Bilson: Longtime Star Wars fan Rachel Bilson posted this sweet throwback, saying “May the 4th be with you. #meanttobe.” (via @rachelbilson)

7. Ruby Rose: Ruby paid homage to the beloved flick by posting these shots of herself as both Princess Leia and a resistance fighter, saying “Seriously guys… May the 4th be with you and you and you and you too.” (via @rubyrose)

8. Holly Madison: The former “girl next door” shared this Star Wars themed family portrait in celebration of the franchise. (via @hollymadison)

It was lovely seeing you again @tyleroakley and chatting with you at the @youtube #creatorsummit. @Regrann from @tyleroakley - so honored to chat with @Lavernecox today on stage at the @YouTube #CreatorSummit. inspiring & hilariously candid. #Regrann

9. Laverne Cox: We’re not entirely sure if the OITNB star intentionally went all out for the occasion for her appearance at the YouTube Creator’s Summit today or if she coincidentally was rocking a Vader-style cape and leather gloves, but either way, we’re into it. (via @lavernecox)

Happy @StarWars Day! Finally got my hands on a gold bikini. #MayThe4thBeWithYou

10. Elizabeth Banks: Recreating Princess Leia’s famous scene with Jabba the Hut, Elizabeth writes, “Finally got my hands on a gold bikini!” (via @elizabethbanks)

Team meeting. Has anyone seen my lint brush?

11. Mark Zuckerberg: The Facebook founder pretty much won Star Wars Day by posting this “team meeting” with Chewbacca and Co. “Has anyone seen my lint brush?” he asks? (It was a busy day in the office, indeed — Gwyneth Paltrow was also spotted selfie-ing at HQ. Maybe she wanted in on the fun?) (via @zuck)

How are you celebrating Star Wars Day? Let us know over at @BritandCo!

Nicole Briese
Nicole is the weekend editor for Brit + Co who loves bringing you all the latest buzz. When she's not busy typing away into the wee hours, you can usually find her canoodling with her fur babies, rooting around in a bookstore, or rocking out at a concert of some sort (Guns N' Roses forever!). Check out all her latest musings and past work at nicolebjean.com.
social media
Pop Culture
social media