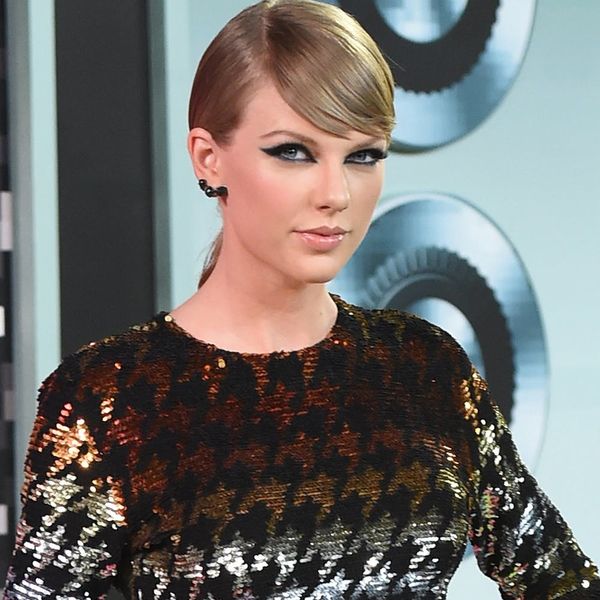 T. Swift seems to be making a habit of using award shows to debut new hairstyles. Back in August, she offered up a glimpse of what she’d look like as a brunette during the premiere of Wildest Dreams at the VMAs and now she’s made yet another major hair statement while walking the red carpet of tonight’s Grammy Awards.

Taylor showed up sporting a chic, Anna Wintour-inspired bob featuring a blunt chin-level chop and full face bangs. While the changes give off the vibe of a total hair makeover, it’s not actually all that different from the heavy side bangs and shoulder-length cut she’s been sporting for the last year. So ladies, use this as proof that opting for an epic new look doesn’t always mean chopping off 12 inches.

In addition to this sharp new style, Taylor walked the red carpet with her BFF Selena Gomez with one Golden Globe already under her belt. Shortly before her debut, Taylor revealed on Instagram she won a Grammy for Best Music Video. The show hasn’t even started and Taylor’s already won a Grammy and the best hair of the evening… We’re thinking this is going to be a good night for the pop princess.