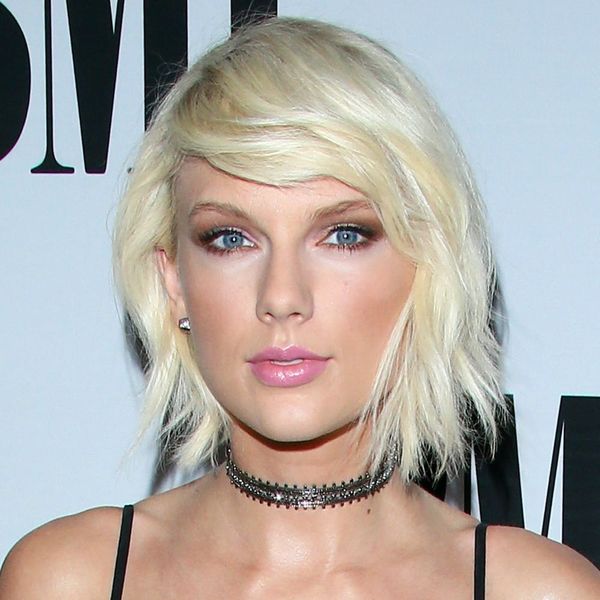 Newly single Taylor Swift is handling her breakup in what is pretty much the best way ever — by crashing a wedding for an unsuspecting couple. The singer has posted her first Instagram pics since it was confirmed by Calvin Harris that she and the musician have parted ways, and believe us when we say, they’re pretty epic.

Cozying up to newlyweds Max Singer and Kenya Smith, you might think the couple was part of Taylor’s normal squad from the photos (she DID make the best bridesmaid ever, after all), but no — as it turns out, Taylor made a surprise appearance at the request of the groom’s sister, who shared her family’s sweet story with the star back in April.

Max actually wed his wife prior to their wedding in a hospital room so that his dying mother could be in attendance. He danced with his mom to Taylor’s Blank Space, and though she has since passed away, Max’s sister Ali wrote a letter to Taylor requesting her presence at their actual ceremony.

And wouldn’t you know it, Taylor delivered: Big time. “Third wheel,” she jokingly writes on this snap of her and the happy couple.

She later performed her hit single accompanied with only a piano, as can be seen in the vid below.

So Taylor swift showed up to my cousins wedding… 😳 #Surprised pic.twitter.com/98yDtmg7kH

Never one to be rude, Taylor also showed up with a handmade card emblazoned with the couple’s names and Blank Space lyrics, reading, “So it’s gonna’ be forever.”

Thank you Taylor Swift for the gift! She loves it! #KenyaBelieveIt pic.twitter.com/vQKEVOk7Ew

Okaayyyy, we’re just going to come right out and say it: Taylor Swift is the GD BEST. Your loss, Calvin (maybe he thinks so too? Fans spotted him liking the pics)!

Either way, we have a sneaking suspicion our girl’s gonna’ be just fine.

Are you touched by Taylor’s sweet gesture? Tell us over @BritandCo!

Nicole Briese
Nicole is the weekend editor for Brit + Co who loves bringing you all the latest buzz. When she's not busy typing away into the wee hours, you can usually find her canoodling with her fur babies, rooting around in a bookstore, or rocking out at a concert of some sort (Guns N' Roses forever!). Check out all her latest musings and past work at nicolebjean.com.
Summer Weddings
Celebrity News
Summer Weddings
More From Celebrity News