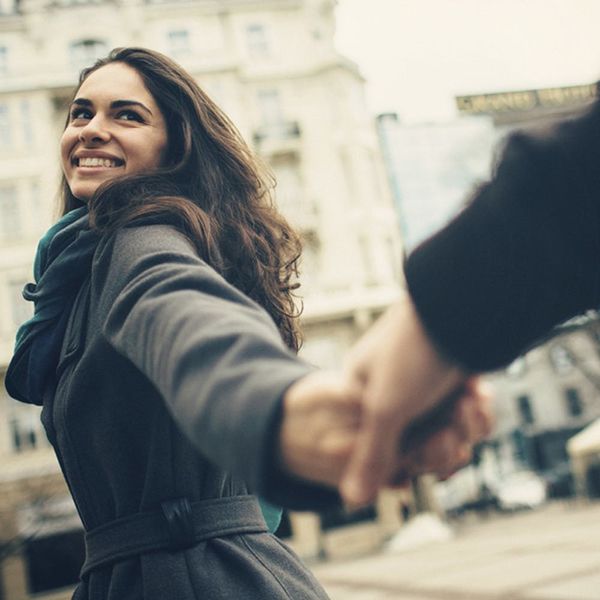 Breakups suck. Like, they really suck. And as much as a pint of ice cream can kind of help heal your broken heart, it won’t work forever. So what are some steps you can *actually* take once you’re ready to stop watching The Notebook on repeat? Well, there’s a lot you can do to start getting over a breakup, but there is one that could do wonders and only takes about 30 seconds.

Here’s the deal: I was recently at brunch with some friends when one of them shared the first thing she does when she’s trying to get over someone. “I change my ringtone and the text alert noise on my phone,” she said over biscuit sandwiches. It’s so simple, but it makes SO MUCH SENSE. Sure, you stash away your photos and all that memorabilia that brings up now-painful memories, but changing the sounds on your phone had never occurred to me.

I communicated with my ex primarily via Facebook Messenger and for a long time after we broke up, whenever I heard the ping associated with the app, it triggered an emotion I would have rather avoided. Had I changed the sound associated with Facebook Messenger, could I have potentially hastened the healing process? I decided to chat with Licensed Cognitive Behavioral Therapist John R. Montopoli to see what he thought about the idea.

Montopoli told me that associating your ringtone + texting sound is a prime example of classical conditioning. A little bit of background: The most famous case of classical conditioning involved physiologist Ivan Pavlov and his dogs. Every day he would ring a bell when he fed his dogs. When they saw the food, they drooled. Eventually, Pavlov would ring the bell without any food present, and they’d drool anyway. To them, the chime of the bell and food had become one in the same. Essentially, the same thing is happening in the scenario at hand.

Montopoli says, “In this case, when someone hears a particular ringtone, it creates an unwanted emotion, sadness or hurt. In the absence of the other person being there, that ring now creates the same association. If you want to not have those emotions, it would make sense to change [the sounds on your phone] to something that would become a neutral stimulus. That would be effective in reducing the emotion that’s unpleasant – be it feeling sad, hurt or lonely.”

However, Montopoli does warn that this is not a breakup cure-all. He says, “In order for us to get over a breakup it’s going to take a certain amount of time and dealing with some of your emotions. I don’t think you can rush that. While in the short term this might be helpful, it may not necessarily be what’s needed long term.” Will a five-second trick magically make all your heartache go away? I mean, no. But it could be a great first step and do a lot more than you ever thought it would. Go ahead and give it a try. Your sad (but also begging to be healed) heart might thank you.

Cortney Clift
Cortney is the senior writer and special projects editor at Brit + Co. She typically covers topics related to women's issues, politics, and lifestyle. When she's not buried behind her computer you'll find her exploring New York City or planning her next big adventure.
Celebrity Breakups
Relationships
Celebrity Breakups