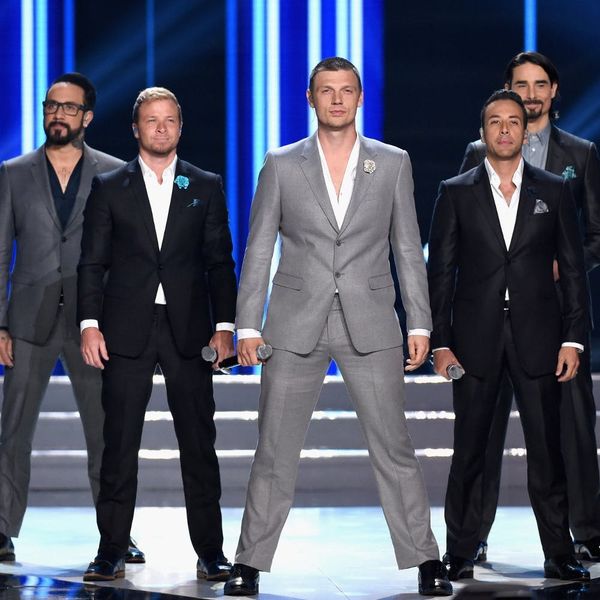 This year’s Miss USA pageant was certainly one to remember (and thankfully not for a major Steve Harvey-like mess-up), with controversial questions, a winner with a military background as well as a major ‘90s nostalgic moment that was almost too much to handle, especially for those who still sing along to their fave old-school pop-ballads. The Backstreet Boys thrilled the crowd and the audience at home (not to mention the contestants themselves) when they showed up to perform some of their greatest hits.

The boys tweeted a teaser before hitting the stage, so fans were already freaking out over their pop-idols popping up at the pageant. With comments like, “OMG cant wait to @backstreetboys perform 😍😍😍” and “waiting not so patiently for you guys to take the stage…” it was clear that the musical guests were an A+ choice for Miss USA.

When the Boys finally hit the stage, every single gal in the country (or at least those who were watching) gleefully squee-d along with on-point performances of “I Want It That Way” and “As Long As You Love Me.” Yes, you could probably hear us all singing collectively from space.

The fellas, who have been thrilling fans in recent months with their Vegas shows, have just taken another huge step towards a possible pop comeback of epic proportions. Want proof? Check out the video of their Miss USA performance below.

Were you singing along with the Backstreet Boys during the Miss USA pageant? Tweet us @BritandCo!