The HPV Vaccine Has Been Approved Up to Age 45 — But Why Weren’t Older Patients Considered Sooner? 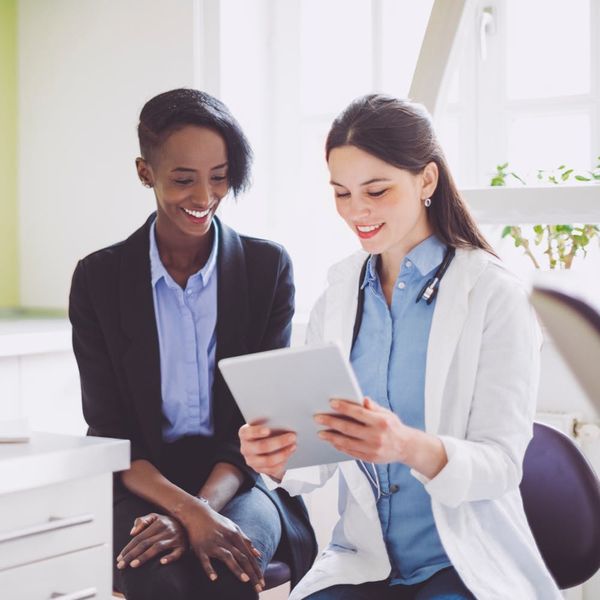 Finally a bit of good news, or at least news that’s potentially helpful to a lot of adults: The FDA has just approved the HPV vaccine for people ages 27 to 45, after years of only approving it for adolescents and young adults up to 26. HPV is a very common sexually transmitted disease, and the HPV vaccine is up to 100 percent effective in warding off certain strains of HPV that can cause various cancers, according to the National Cancer Institute.

The vaccine has long proven effective for the younger age group, and does not pose any threat of harm to somewhat older people. So why is approval for an older group of users only happening now?

First, a little background on what drug approval even means: basically, a green light for physicians to administer the drug to a certain group of people (in this case, men and women ages 27 to 45), and for insurance providers to cover it. So, while the HPV vaccines Gardasil and its most current iteration, Gardasil 9, were never banned outright for older users, the lack of FDA approval for their age group meant that doctors weren’t necessarily willing to give the drug to that cohort. No insurance coverage made its potential availability, for many, totally out of reach.

Which, again, brings us to the matter of why?

Other research into this topic sheds a small bit of light. In a 2012 article for The Atlantic titled “Left Out: Why Is It So Hard for Older Women to Get the HPV Vaccine?” (published just after Gardasil 9, the newer version of the vaccine, hit the market), Grace Rubenstein expressed what seems to be a prevailing theory: “The human papillomavirus vaccine is FDA-approved only through age 26, with the thinking that by that time women (and men) have had enough sex that they’re probably already exposed to the virus and won’t benefit.”

Further, it is not dangerous for people who have been exposed to get the vaccine. An oncologist told Rubenstein, “[I] counsel my patients that if you are going to go for the HPV vaccine, realize that it may not offer any benefit, but it is likely safe.” At worst, greater numbers of people older than 26 could have been vaccinated after it was too late for the vaccine to protect them.

In other words, the benefits of this potentially life-saving, cancer-preventing vaccine were undersold to a huge subset of people who could have benefited from it, for years. We had to wonder: Were cultural preconceptions about people’s sex lives the reason for the delay in clinical research on the HPV vaccine for older adults?

In several back-and-forth emails with a representative from Merck (the company that makes Gardasil 9), we tried to find out. But getting to the bottom of the differences in research and clinical trials that led to the approval of Gardasil 9 for the younger cohort versus the older one proved challenging. What we did learn was that a group of older test subjects was given the same tests — and, critically, at the same time — as the younger group. But, as Merck told us, “the study itself was not powered” to statistically verify that Gardasil 9 would be effective in preventing one specific outcome: CIN 2/3, or worse — that is, pre-cancerous cells or full-blown cervical cancer.

So, what does this mean? For one, that Merck did not initially invest in testing a statistically viable sample size of 27 to 45-year-olds for the full preventative effects of the HPV vaccine. Clinical trials are expensive, and it makes sense to prioritize the group that’s deemed to be higher-risk — or, maybe more accurately, at lower risk of already being sexually active. But as a result, millions of people who perhaps could have benefited from this vaccine did not get the chance, potentially resulting in unknown cases of totally preventable cancers.

When the drug first came out, it was heavily marketed to parents of young girls, then young boys as well. It was also marketed to young women in college and young professionals. The idea was to encourage parents and young adults to get the vaccine as early as possible, ideally before any exposure to HPV.

The CDC says that in 2017 nearly half (49 percent) of all adolescents were “up to date” on the HPV vaccine; 66 percent of kids ages 13 to 17 had received the first in the series of three shots required to inoculate against various cancer-causing strains of the virus. For kids ages 11 and 12, only two shots are currently recommended, instead of three for older patients. There are higher rates of vaccinated young people in urban areas compared to rural areas (including rural indigenous communities), according to the CDC.

The vaccine cannot help ward off specific strains in people who have already been exposed to those nine, but it can prevent other strains that lead to cancer. Even if a person is vaccinated, however, it’s still important that people undergo regular HPV screenings because the vaccine cannot prevent against all HPV-caused cancers.

Given how many cases of cancer the expanded use of the vaccine has to prevent, it’s a significant step forward in cancer prevention and sexual health for both teenagers and adults. However, as with all health care matters, access to the vaccine can be an issue for many people who need it. Low-income women are also at more of a risk for cervical cancer since they may struggle to access standard gynecological care due to financial restrictions, inability to get time off from work for appointments, and so on.

But now, at least, the drug is approved for more people who may still be at risk for several types of cancer, and a huge number of young people are already vaccinated or starting the vaccine series. Increasing the drug’s age cohort is a major advancement for public health, but with bittersweet implications.