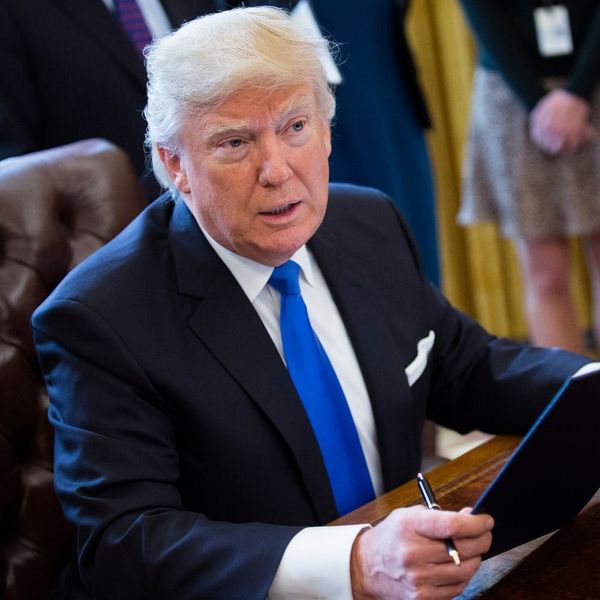 While the US is certainly facing major changes under President Trump’s administration, other countries aren’t exactly exempt, with a recent order restricting access to safe abortions and healthcare through the removal of foreign aid. Now, other countries are already stepping up to counter the moves made in recent days by the US. The Netherlands, in particular, has directly responded to President Trump’s actions by creating an international abortion fund.

“Banning abortions does not result in fewer abortions,” Dutch Trade and Development Minister Lilianne Ploumen said in a statement, according to SBS. “It leads to more irresponsible practices in back rooms and more maternal deaths.” That claim is backed up by the World Health Organization, which estimates that approximately 22 million women worldwide endure unsafe abortions every single year.

That’s why the Dutch Government has announced their plans to “fill the gap” left by Trump’s government by financing birth control and abortion in developing countries. Though this may still leave women in the US in an unsure state when it comes to safe access, it’s hopefully a signal that other countries are willing to help out when it’s so desperately needed.

What do you think about the Dutch government’s plan? Tweet us @BritandCo!

Desiree O
Desirée O is a ‘Professional Bohemian’ who loves anything and everything related to the arts, entertainment, and pop culture. She ADORES being a ‘Newsy’ for Brit + Co, covering all of the latest tidbits of awesomeness that you want to read about. When she’s not writing, she’s either making messy art, going on long adventurous walks with her camera, or poking around over at bohemianizm (http://www.bohemianizm.com/). You can find out about Desirée O and her work at http://DesireeO.com/ or follow her on Twitter @DesireeO.
Politics
Politics
Politics Womens Health