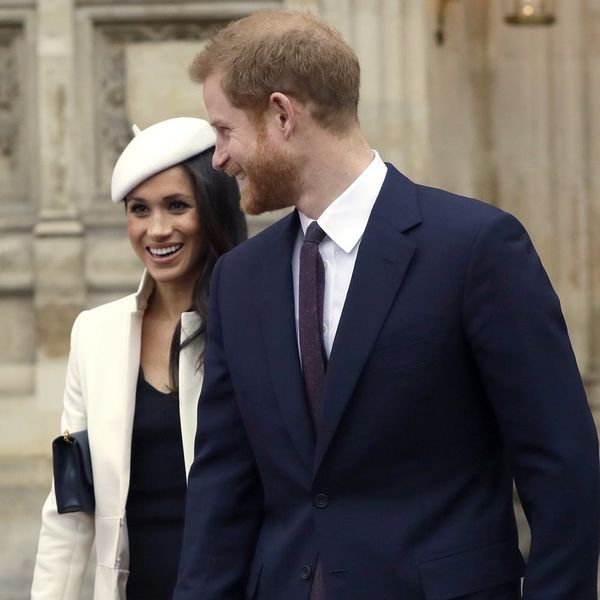 The royal family announced that Prince Harry and Meghan Markle were engaged way back in November. Now, it looks like the Queen has officially given her “dearly beloved grandson” formal permission to marry his love.

HELLO!‘s royal correspondent, Emily Nash, tweeted an image of a letter from Queen Elizabeth II to the Privy Council dated March 14. In it, the ruling monarch writes, “My Lords, I declare My Consent to a Contract of Matrimony between My Most Dearly Beloved Grandson Prince Henry Charles Albert David of Wales and Rachel Meghan Markle, which Consent I am causing to be signified under the Great Seal and to be entered in the Books of the Privy Council.” (If you’re curious, Rachel is Meghan Markle’s legal first name.)

The Queen has formally given her consent to “my most dearly beloved grandson” Harry’s marriage to Meghan Markle! Great spot @_harklesparkle_ #harryandmeghan #RoyalWedding pic.twitter.com/J3QRVu8B1U

While this message from the Prince’s grandmother might seem a tad over-the-top, it’s actually a legal requirement due to the Royal Marriages Act 1772. The act states that all descendants of George II must ask for the monarch’s permission to wed. The Queen also gave her official approval for Prince William and Kate Middleton’s marriage in 2011.

However, according to E! News, in her official message to Wills and Kate the Queen showed her future granddaughter-in-law some affection by writing that she was giving her permission to “Our Most Dearly Beloved Grandson Prince William Arthur Philip Louis of Wales, K.G. and Our Trusty and Well-beloved Catherine Elizabeth Middleton.”

The Queen’s official approval of Prince Harry and Meghan Markle’s marriage comes just two months before the pair are set to wed on May 19 in a ceremony that will include a horse-drawn carriage procession through the streets of Windsor. While there seemed to be no doubt that the wedding would be going ahead as announced, now that the Queen has formally given a nod to the couple, it sounds like nothing can stand in the way of what will surely be the most romantic royal event of the year.

Do/did you feel like you need(ed) approval from anyone in your family before getting married? Let us know @BritandCo!

Desiree O
Desirée O is a ‘Professional Bohemian’ who loves anything and everything related to the arts, entertainment, and pop culture. She ADORES being a ‘Newsy’ for Brit + Co, covering all of the latest tidbits of awesomeness that you want to read about. When she’s not writing, she’s either making messy art, going on long adventurous walks with her camera, or poking around over at bohemianizm (http://www.bohemianizm.com/). You can find out about Desirée O and her work at http://DesireeO.com/ or follow her on Twitter @DesireeO.
Celebrity Engagement
Celebrity News
Celebrity Engagement Royal Family Royal Wedding
More From Celebrity News