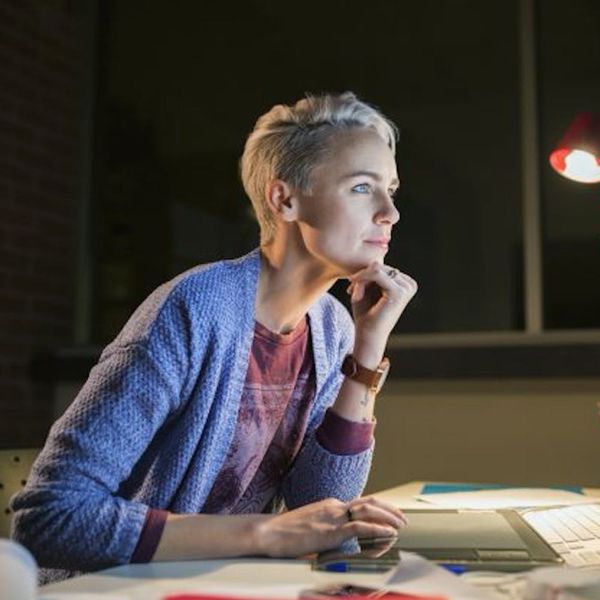 Women have always played a hugely important role in the world of technology (Hidden Figures, anyone?), but we’ve also been the minority in the tech industry. The leadership and ideas of women, and particularly women of color, are vital for making the tech industry better for both consumers and the women who work in tech, yet the (mostly white) boy’s club continues to resist diversifying. It’s bad for women, but it could be even worse for tech.

According to a report from the National Center for Women and Information Technology, women made up only 25 percent of computing related jobs in 2016. Most of these women are white: 16 percent of women in tech are white, five percent are Asian, three percent are black, and one percent are Latina. These stats point not only to a dramatic gender disparity, but an even more troubling lack of diversity among the women who work in tech.

This spells major trouble for the industry as a whole, according to Shireen Mitchell, who is the founder of Digital Sisters and Stop Online Violence Against Women. Mitchell tells Brit + Co over the phone that the tech industry’s gender gap is harmful to those of us who use tech in our daily lives, women who work for tech companies, and ultimately, companies’ bottom lines.

“The fact that we have way too many men in this industry trying to control technology is a problem as far as I’m concerned,” Mitchell tells us. “And the reason that’s a problem is because they don’t even realize when they don’t understand the social implications of the technology that they’re creating [for women]. They don’t have the framework to think that through.”

Mitchell says that men at major tech brands from Uber to Airbnb to social media simply have not been considering the potential risks their products pose to women users, and have not had enough women in the room to adequately address these issues.

Uber’s reputation has suffered due to discrimination against women on multiple fronts throughout the last several years. Practically since the company launched in 2009, women riders have reported sexual harassment (and even alleged rape and assault) from male drivers, and women drivers have faced harassment from male passengers.

Then last month, former Uber engineer Susan Fowler published a bombshell blog post where she detailed a year’s worth of sexual harassment at Uber, and the brush-off she and other women received from HR when they complained.

Mitchell tells us that from her perspective, it’s “clear that Uber built sexual harassment into their product line. That’s why the drivers were sexually harassing women, because it was also part of the acceptable behavior within the framework” of the company. “Had [Uber] had women as a part of their team, those alarms would have gone off a lot sooner.”

Using Twitter as a recent example, Mitchell describes how the company’s male-dominated workforce has caused serious problems for Twitter users and the company itself.

Twitter’s staff is 37 percent women, up from 24 percent in 2015, but as of 2015, 0 black women were employed by Twitter. Twitter’s current gender gap is somewhat smaller than other tech giants (Google employs 31 percent women, for example), but Twitter’s female employee growth may have been too little too late. The platform has long faced extensive harassment complaints from women who have been targeted for harassment by men on the platform. Women of color have also raised concerns for years over both sexist and racist harassment by men on the platform.

The latter issue was shoved under the spotlight when Leslie Jones fell victim to a violent deluge of harassment on Twitter, led by white nationalist Milo Yiannopoulos, who was eventually banned from the platform.

“If [Twitter] had more women of color on their team, they would have caught a lot more of the [harassment issues], that would have saved them from not being able to sell the company,” Mitchell says. “The harassment is so bad, and it isn’t just a one time thing. It’s built in to the company.”

Twitter attempted to sell the company to Disney in 2016, but Disney bowed out of the sale essentially because of the damage done to Twitter’s reputation due to well-publicized and constant harassment problems, USA Today reported last year. Twitter’s inability to sell clearly demonstrates how small numbers of women have hurt the company’s profits: By Mitchell’s assessment, had Twitter included ideas from women (specifically women of color), the company wouldn’t have faced as many harassment problems and could have made a (very) pretty penny in a sale to Disney.

Uber has also suffered financial consequences due to harassment issues that could potentially have been avoided under the professional guidance of women. As of February, only 21 percent of Uber’s drivers are women, TIME reports,

Unless tech companies get serious about increasing the number of diverse women in their work forces, Mitchell tells us that companies will continue to miss opportunities to prevent problems and effectively problem-solve issues that impact women.

What do you think about the gender gap in tech? Let us know on Twitter @BritandCo.

Elizabeth King
Elizabeth King is a politics, history, and culture writer based in the Twin Cities. She is generally pretty cranky but still enjoys traveling, music from the early 2000's, and plotting the resistance. Feel free to say hi on Twitter at @ekingc or check out some of her work at www.elizabethcking.com.
Tech
More From Tech