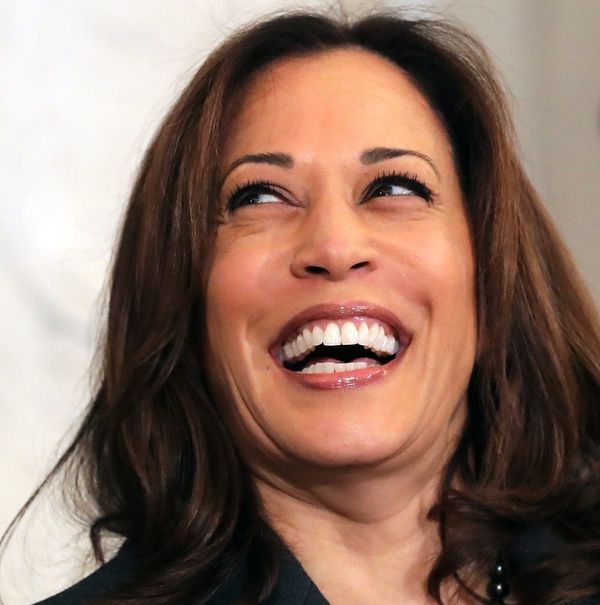 The presidential election may be two years away, but with candidates from both parties expected to declare their candidacies in the next few months, news outlets and pollsters have their sights set on 2020. In mid-December, CNN released a poll that named the top contenders for the Democratic Party’s 2020 presidential nominee as former Vice President Joe Biden, Senator Bernie Sanders, and Representative Beto O’Rourke, respectively. The poll isn’t exactly shocking to anyone who’s been keeping up with the news over the past few years, and in the case of O’Rourke, the past few months. Yet, it should offer a concerning cautionary message to Democrats.

It’s worth remembering that polls this far ahead of the Democratic presidential primary have historically been highly inaccurate, which suggests this poll may not be much of a predictor of the outcome of the 2020 primary. But that doesn’t mean we should dismiss the frustrating significance of a poll indicating three white men as the frontrunners at this particular political moment of ongoing, deeply important dialogues about what it means to be a woman and person of color in Trump’s America.

Notably, coming off a Blue Wave of nearly unprecedented magnitude in November, the Democratic Party should recall how, for the first time in history, white men comprised a minority of this year’s highly successful class of Democratic congressional nominees. Simultaneously, the Democratic Party constituency has become more diverse than ever, increasingly relying on the support of voters of color, LGBTQ+ voters, and women to win key races. Black women, among the most reliably Democratic voting blocs, recently weighed in on their top picks for Democratic presidential nominee, and while Biden and O’Rourke are also in their top three, California Senator Kamala Harris leads the pack with a resounding 71.1 percent support. And it’s not just Harris who shines; there are almost too many qualified, charismatic women politicians deserving of consideration to count on two hands.

It’s incumbent on the Democratic party to not take for granted the votes of diverse constituencies and marginalized people, whose votes and activism have been critical to moving democracy forward for generations. At some point, unifying, empowering messages of diversity from the Democratic party have to become more than lip service at the top. The marginalized people the party has consistently relied on deserve to see themselves represented by the leaders who serve them. Voters from marginalized groups deserve to be served by lawmakers who share their experiences and understand their needs.

And amid a #MeToo era that has unearthed countless jarring episodes of abuses of power targeting, humiliating, and marginalizing women from nearly every sphere of decision-making power, it’s difficult to understate the critical nature of embracing female leadership. But predictably enough, as with former Democratic presidential nominee Hillary Clinton, we continually hear excuses rejecting Harris, Senator Elizabeth Warren, Senator Kirsten Gillibrand, former Georgia gubernatorial nominee Stacey Abrams, and others as “viable” candidates. Certainly, some arguments are more valid than others — but nearly all are inflected with gendered self-fulfilling prophecies and internalized misogyny.

In many cases, terms like “electability” and “viability” regarding candidates have become frustrating identity-based micro-aggressions. These terms are often used by people who posture as progressives — all while being unwilling to put in the work to challenge the oppressive, exclusive status quo in any meaningful way.

There’s no getting around the fact that Harris, as a candidate, would face emphatic racism and sexism, nor that sexist backlash would pose challenges to a hypothetical Gillibrand campaign in response to her passionate work to support survivors of abuse. There is also no getting around the fact that a Democratic loss and second Trump victory would be devastating for the safety and human rights of marginalized groups.

But if Democratic and progressive voters and leaders support diversity as much as they claim, they’ll be willing to fight for it. It’s time for us to stop blaming electoral losses on attention to and support for diversity. It’s time for us to stop parroting messages that equate losses by diverse candidates with the broad failure of diversity and identity, as if there is an inherent unworthiness to candidates who aren’t straight, white, and male.

Support for diversity may at times require sacrifices and compromise; a candidate representing certain marginalized, politically underrepresented groups may not reflect every single progressive policy point you support, and there may be some issues too fundamental to compromise on. But the value of lived experience in shaping how a lawmaker legislates and behaves deserves to be considered and taken seriously, too.

In the aftermath of Hillary Clinton’s presidential defeat in 2016, “identity politics” emerged as a popular, bipartisan explanation of her loss. Clinton won by a substantial margin among low-income voters and voters who identified the economy as their top policy priority, while devoting the vast majority of her speaking time to issues like jobs, education, health care, and other economic issues. In a political climate that remains insistent on white male voters as the default and priority electorate — and on white male voters as the working class, despite disparate numbers of impoverished women and people of color — we should be critical about the dismissive “identity politics” excuse to maintain the status quo from conservative thinkers and progressive leaders alike.

Contrary to narratives from (often male) Democratic leaders after 2016, mass incarceration, reproductive rights, maternal death rates disproportionately affecting women of color, and an ongoing epidemic of sexual violence are existential issues of survival and human rights — not niche, fringe “social issues.” Who understands this better than female candidates and candidates of color?

The stakes are ineffably, alarmingly high this presidential election. Yet, the cold reality is that support for diversity is not just words, or lip service in a politically convenient climate. More often than not, it is backbreaking, contentious work — and no one who is unwilling to put in the work to elect a president who represents us all can claim to support diversity.