8 Women Who May Actually Run for President in 2020 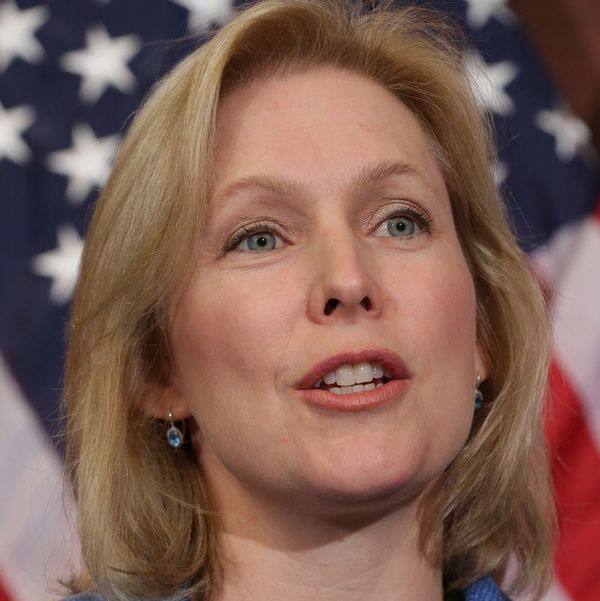 After all that’s gone down since the 2016 election, and the history-making wave of women running in the 2018 midterm elections, there’s a lot of hype about a woman finally taking on the Oval Office. Of course, the media has been speculating over runs for Oprah and Michelle Obama, but it doesn’t look like either of them are going to go for it. And while some of us would love to see a run by Alexandria Ocasio-Cortez, who’s been taking DC (and Instagram) by storm, she’ll be too young in 2020 to assume the position.

But there are some other big contenders for the job out there: Here are the badass women we’d love to see hitting the campaign trail soon.

You know her from her steadfast campaign for Georgia governor, which included Oprah knocking on doors to endorse her candidacy, and her determined refusal to concede due to voter suppression in the state. When asked about her next move, Abrams didn’t rule out a presidential run; she’s keeping all her options open, including the Senate race of 2020 and the 2022 Georgia governor’s race. First and foremost, she’s trying to champion voting rights in Georgia before she takes on the nation, but the future is wide open for her.

supporter of sexual assault survivors and abolishing ICE, and when asked by Stephen Colbert recently if she’d run, she revealed that she’d consider it.

The formidable Massachusetts senator has already proven that she won’t back down — she’s basically the reason the phrase “nevertheless, she persisted” was coined and meme-ified, after she refused to stop reading a letter from Coretta Scott King on the Senate floor. Warren, a progressive Democrat, has been highly critical of the current administration and is looking like a very possible candidate in 2020.

news sources in Hawaii, but she hasn’t confirmed anything yet, just that she’s focusing on her state of Hawaii, where she is a voice for veterans and those currently serving in the US military.
Mara Santilli
Mara Santilli is a freelance writer based in New England. Her work has appeared in several publications, including Shape and Marie Claire. When she isn't writing, she can be found munching on any piece of dark chocolate she can get her hands on, plunking out her favorite acoustic songs on the guitar, and finding the cheapest Broadway tickets possible. Follow her adventures on Instagram to see where she's headed next.
Politics
Politics
Politics
More From Politics