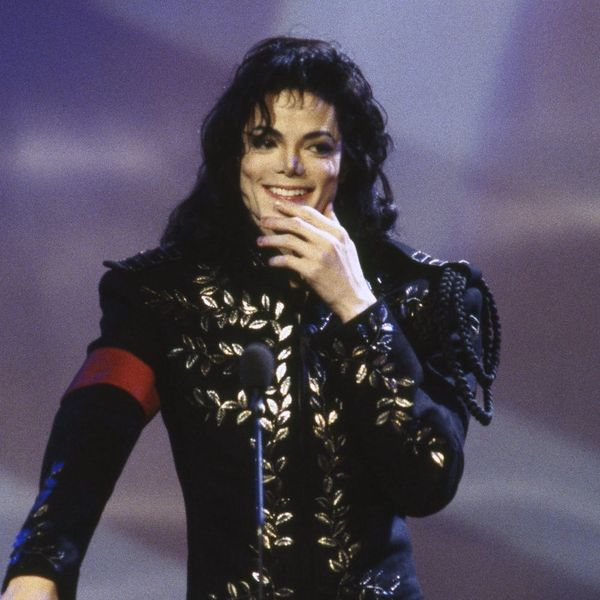 Fact: You do not mess with Paris Jackson. Or Michael Jackson fans, for that matter! From the moment British channel Sky Arts premiered its first trailer for an upcoming episode of Urban Myths titled “Elizabeth, Michael and Marlon,” in which (white) actor Joseph Fiennes starred as MJ, the network was flooded with MAJOR backlash.

Among those enraged by the depiction of the late pop star? Michael’s 18-year-old daughter, Paris Jackson. Girl held nothing back, voicing her anger and disapproval of the (shall we say, questionable?) portrayal of her father on Twitter. “I’m so incredibly offended by it, as I’m sure plenty of people are as well,” she began. “And it honestly makes me want to vomit.”

@TheMJCast i'm so incredibly offended by it, as i'm sure plenty of people are as well, and it honestly makes me want to vomit.

More angry tweeting followed, in which Paris continued her response to @TheMJCast (a podcast focused on the Jackson family), who initially asked her how she felt about the bizarre trailer that also included weird AF takes on her godmother, Elizabeth Taylor, and acting legend Marlon Brando. “It angers me to see how obviously intentional it was for them to be this insulting, not just towards my father, but my godmother Liz as well,” she wrote.

@TheMJCast it angers me to see how obviously intentional it was for them to be this insulting, not just towards my father, but my godmother liz as well

Soon after, a petition was started by fans to boycott the episode, which was to tell the story of an alleged road trip the trio took immediately after the 9/11 attacks. Between Paris’s tweets and 21,996 signatures on the petition, Sky Arts folded under pressure, announcing that the episode had, in fact, been cancelled. A Sky Arts rep explained in a statement that they simply “set out to take a light-hearted look at reportedly true events and never intended to cause any offence,” and that “Joseph Fiennes fully supports our decision.”

i'm surprised the family's feelings were actually taken into consideration for once, we all really do appreciate it more than y'all know. https://t.co/MdOZgP3tD7

Most people were not expecting Sky Arts to completely pull the plug on the project, especially since the controversy could have actually meant bigger ratings, surprising even Paris, who was quick to tweet her gratitude. “I’m surprised the family’s feelings were actually taken into consideration for once, we all really do appreciate it more than y’all know,” she wrote.

But they’re not out of the tunnel just yet: New reports are surfacing that Michael’s life will indeed be brought to the small screen, albeit hopefully in a more tasteful manner, as Lifetime has cast a British MJ impersonator named Navi to take part in a biopic that’s tentatively titled Searching for Neverland. The movie will tell the story of “Jackson’s final years through the perspective of two of his personal bodyguards, Bill Whitfield and Javon Beard.”

While Navi claims to be supported by both the MJ Estate and his family (he reportedly performed at the King of Pop’s 45th birthday, during which Michael is said to have given him a standing O), Paris has given no blessing or rebuttal via social media thus far (though she is apparently dancing onstage with him in this YouTube vid as a young girl, if the video’s caption is accurate).

Between this, the controversial Britney Spears biopic and Cher’s upcoming role in Flint, Lifetime sure is gearing up for a major year, and we’re so ready!

Did Sky Arts make the right decision? Tweet us @BritandCo.

Barbara Pavone
Barbara Pavone is a pop culture-obsessed writer based in beautiful (but ridiculously cold) Montreal, Canada. When she's not working, she's sipping on a Pimm's Cup and daydreaming about her celebrity hero, Saint West.
Controversy
Entertainment
Controversy Music
More From Entertainment