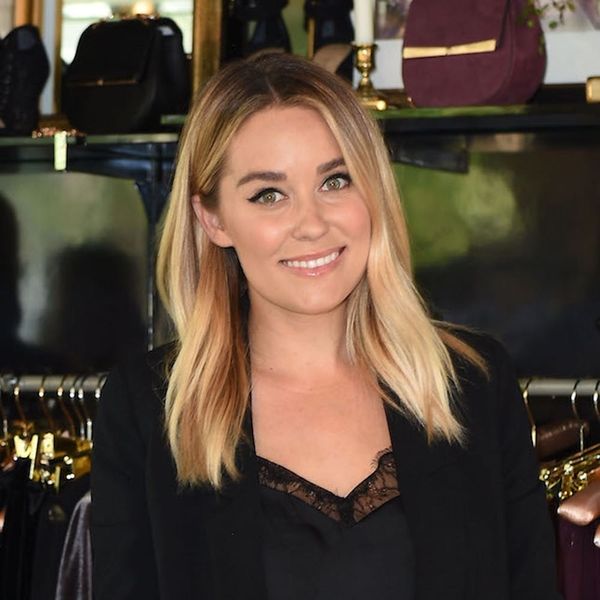 LC’s got the cutest baby bump and Donald Trump is in the middle of some wild accusations in this morning’s top news stories. Check those and more out below.

1. It should come as no surprise that LC has not only the most adorable baby-bump reveal pic, but that her maternity style is comfy-chic and breezy, wearing a simple striped stretchy dress and a long camel cardi. Too perfect. Lauren announced her pregnancy with a sonogram pic on on New Year’s Day, and now her team behind laurenconrad.com took to Insta to wish her well. “Oh hello, cutest baby bump ever! @laurenconrad, we can’t wait to meet your little bundle!” they captioned the pic. In another post on her site, team LC listed their fave baby names for 2017, leading with Hazel, River and Sailor — which, hilariously, is what Kristin Cavallari named her baby girl (Saylor James). Just adorableness all around, honestly. Congrats, Lauren!

2. New unsubstantiated Trump reports claim some pretty wild stuff. Late Tuesday afternoon, CNN released a report detailing supposed information that Russia had been keeping on Donald Trump, such as financial info, claims that his camp was in direct contact with Russia right before the election and a supposed sex tape of Russian prostitutes being paid to urinate on a bed. While none of the claims have been confirmed, the information was considered credible enough to be released. Regardless of your political views, the claims are pretty outrageous. Trump has denied all claims, calling it “fake news” and a “political witch hunt.” Under 10 days ’til inauguration, people. (Photo via Drew Angerer/Getty)

Omg Sasha has to take a damn science exam tomorrow this is NOT RIGHT pic.twitter.com/NWsLj2URfC

3. Here’s why Sasha Obama had to miss her dad’s farewell speech. If you couldn’t tell through your sobbing tears last night, Barack Obama’s youngest daughter Sasha wasn’t in Chicago with Michelle and Malia for Obama’s Presidential farewell speech. Everyone (i.e. Twitter) couldn’t help but wonder where she was, and a White House official soon confirmed that she had to stay back in Washington, DC due to a science exam. Priorities, people!

4. OMG — the Kardashians have been robbed AGAIN. Though much less serious than Kim’s gunpoint robbery of her jewelry, TMZ is reporting that a woman walked into the Melrose Avenue location of DASH, the Kardashians’ clothing store, and made off with approximately $1,600 in stuff. Looks like this family might not catch a break in 2017 after all (relatively speaking, of course — they’re doing just fine). (Photo via Ethan Miller/Getty)

5. Here is your first look at Joseph Fiennes as Michael Jackson.Urban Myths is an eight-part series focusing on rumored celebrity experiences, and when it cast Joseph Fiennes, a white man, in the role of Michael Jackson, headlines were made. We can’t imagine the final product will do anything to convince critics that it was a good idea, either. Check out the full trailer here.

So proud of POTUS and all that we've accomplished together. What an incredible journey filled with remarkable people. I love you Barack. -mo‎‎

6. Quote of the day: “So proud of POTUS and all that we’ve accomplished together. What an incredible journey filled with remarkable people. I love you Barack.” Michelle Obama posts her own response to Barack’s moving farewell speech. Sniff.

What did you think of President Obama’s farewell speech? Let us know over @BritandCo.