Morning Buzz! You’ll Weep As Much As Joe Biden When Obama Surprised Him With This Huge Honor + More 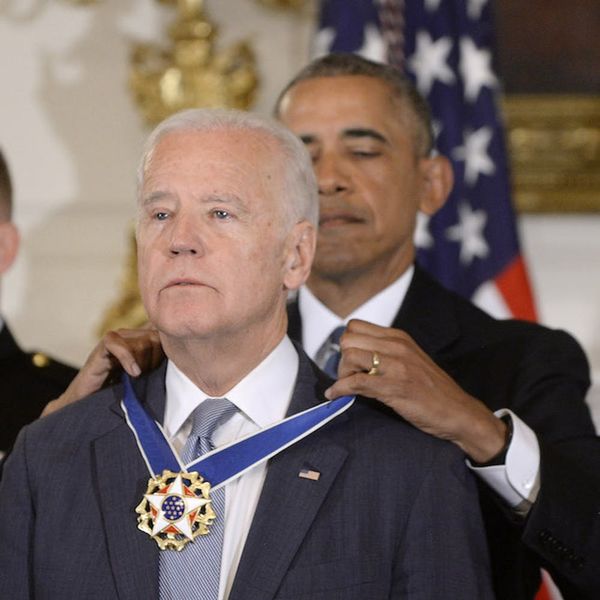 TGIF, y’all! From Biden and Obama’s bromance to some exciting PLL news, check out six of today’s top news items below.

VP Joe Biden barely held it together as Obama surprised him with the Presidential Medal of Freedom pic.twitter.com/V0rGgKiINY

1. As if the Obamas already weren’t making us cry like babies during their final few weeks at the White House, yesterday, Obama surprised Vice President Joe Biden with the Presidential Medal of Freedom — the country’s highest civilian honor — and not only did WE bawl, but Joe could barely hold it together himself. For “your faith in your fellow Americans, for your love of country and a lifetime of service that will endure through the generations,” Obama said, Biden deserved the honor. The two spoke glowingly about each other and their families, hugged and, yes, cried. And so did we.

Four people have been charged in Kim Kardashian’s robbery.

The TV episode starring Joseph Fiennes as Michael Jackson has been pulled after bad backlash.

Urban Myths episode that controversially starred Joseph Fiennes as Michael Jackson after Michael’s daughter Paris said it made her “want to vomit.” Sky Arts says “We set out to take a light-hearted look at reportedly true events and never intended to cause any offence. Joseph Fiennes fully supports our decision.” (Image via Sky Arts)

When it finally stops raining... 😎