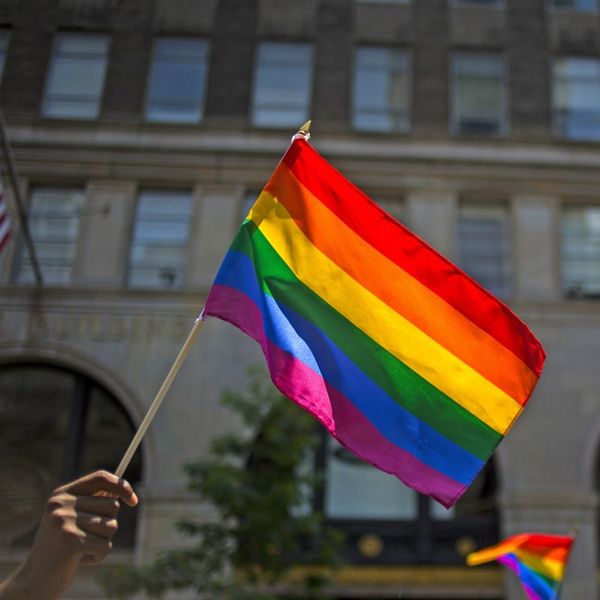 It’s been five days since the Women’s March on Washington, but still it continues to send ripples throughout many communities in the country, especially as President Trump puts orders in motion that would directly pertain to women’s rights. The march inspired us, taught us these five lessons and offered some comic-relief with its LOL-worthy signs, but it’s also sparked something larger in others by giving rise to other groups who understand the importance of speaking out against injustice. After the first steps taken against the current administration, we’ll now see both an LGBTQ march on Washington and a Scientists March on Washington in the coming months.

Piggybacking on Capitol Pride in DC this year, NYC-based gay activist David Bruinooge is planning an LGBTQ March on Washington. Capitol Pride happens in early June every year, and David has created a Facebook group and event to help drum up support for the protest. He told the Washington Blade that “I was watching the events [of the Women’s March] unfold on TV, and I was very proud and inspired by all the women, the strong women in our country who were kind of taking this to the street and getting their voices heard…In the back of my mind as an openly gay man, I thought the gay community should be doing something like this to follow up on the momentum.”

Besides queer activists, scientists are also planning a march for 2017. This is in response to recent executive orders from the White House that have tried to silence various government-financed organizations like NASA and the National Parks Service. A group of rogue scientists have set up a website, Twitter account and Facebook page for the event, and while they don’t have an exact date yet, they hope to have the same impact as the Women’s March did earlier this month.

Will you support these new marches on Washington? Let us know @BritandCo!

Kat Armstrong
Kat has been a writer, social media maven and mom for longer than she's willing to admit. She's also spent time in front of and behind the camera, interviewing celebs, politicians and acting as a producer for fashion and artistic photography shoots. When she isn't writing for various orgs and publications, she's hanging with her kids, husband and French Bulldog, Peter, in Toronto, Canada.
LGBTQ
Politics
LGBTQ Politics science
More From Politics