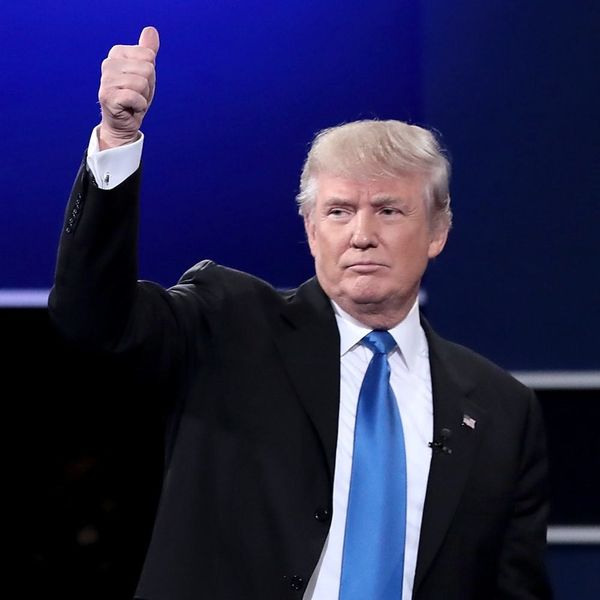 1. Donald Trump may not have paid taxes for 20 years… but what else don’t we know?

Last weekend the New York Times published a bombshell scoop, though it may not sound like it: three pages of a 1995 tax return belonging to Donald Trump. Because Trump has declined to release his returns (which is all but unheard of for presidential candidates), there’s been rampant speculation about what he’s hiding. If he’s avoiding publishing them, the thinking goes, there must be something pretty bad in there, right? Especially given the prominent role his business acumen has played in his campaign, if there’s evidence that Trump isn’t a billionaire, or that he’s a bad businessman, it could be damaging. Those three pages revealed that Trump claimed a nearly $1-billion loss on his personal taxes in 1995, large enough to avoid paying taxes for the next 20 years if he was earning as much as $50 million per year (which is unlikely). That he has since refused to release any other tax information — and vaguely threatened to sue the Times — seems to imply that whatever other information is lurking in there is either no better than what we now know, or much worse.

6. In the end, Kaine enable the Hillary campaign to produce this video, which is devastating pic.twitter.com/lAcAxI2n1U

2. This video shows all the times Mike Pence flat-out lied during the vice-presidential debate.

If you didn’t watch the vice-presidential debate on Oct. 3, don’t worry: It was mostly very boring. One interesting thing, though, was that Democratic nominee Tim Kaine seemed intent on bringing up as many as possible of the outrageous and horrible things that Donald Trump has said during his campaign, from wanting a “deportation force” to creating legal punishments for women who get abortions. And each time he did this, his Republican counterpart Mike Pence would shake his head or say something along the lines of “no, that’s not true.” Except, Mike Pence, they all were true. This was clearly the reaction the Clinton-Kaine team was hoping for, because within a day they had rolled out the video above, which cut from Pence’s denials to video footage of Trump (and, in one case, Pence himself) saying each thing.

3. This Florida doctor’s sexist claims about voting for Hillary will make you super angry.

Dr. Dareld Morris runs a weight-loss clinic in Florida, but he’s also concerned with “the guys out there who are thinking of voting for Hillary,” which he says can be a sign of a testosterone deficiency. It’s a radio ad meant as a joke, although Dr. Morris is also a self-identified Trump supporter. And in an election cycle that’s included sincere references to candidates’ manhoods and Hillary Clinton’s “stamina,” combining politics and “low T” as an ad hook is pretty gross.

4. This California senate candidate’s awkward dance move got a big “no.”

At the end of Wednesday’s debate between California’s senate candidates, Loretta Sanchez ended her time with, inexplicably, a dab. That’s the head-dip-into-elbow move you can see her do in the video above. Why did she do it? Hard to say, really; her rival, Kamala Harris, responds by looking confused and telling the audience, “So there’s a clear difference between the candidates in this race…”

5. Get ready for even more gnarly political fights if the Democrats win the Senate.

“Gridlock” has to be one of the most loathed words related to politics right now, but it won’t be losing relevance any time soon. Barring some sort of divine intervention, Congress will remain firmly Republican after the election, but control of the Senate could really go either way. If it were to go Republican and Donald Trump were elected, they would have significant freedom to pass the laws they want and nominate a right-leaning justice to replace Antonin Scalia on the Supreme Court. On the other hand, even if Hillary Clinton wins and the Senate goes to the Democrats, they’ll still have to work with a Republican House. So unless the Republican Party makes a huge sweep on November 8, there will be a lot of the same haggling and fighting we’ve begrudgingly become accustomed to.

Is there an election story you can’t get enough of? Let us know @BritandCo on Twitter!