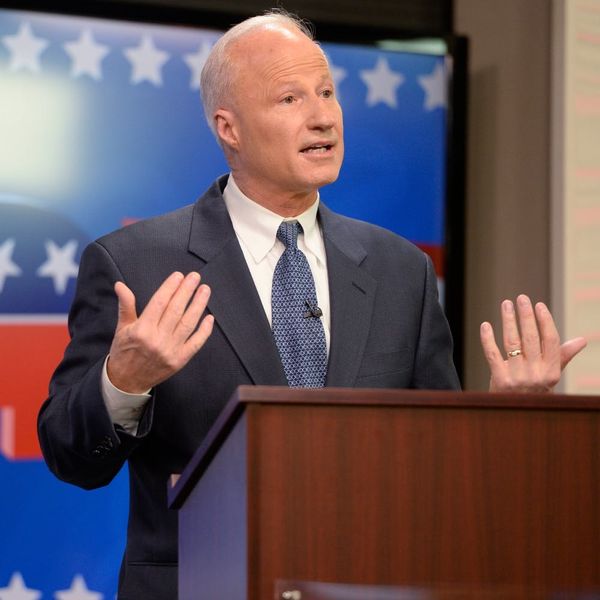 If you want to gain and earn people’s trust, a key move would be to NOT sneak away from your responsibilities like a super shady character. But that’s just what one GOP congressman did, because that’s how things apparently work nowadays under President-Elect Trump.

Colorado republican representative Mike Coffman put himself out there when he wrote an op-ed that appeared in the Denver Post where he fully supported the total repeal of Obamacare. Being so blatant in his stance, you think he’d be eager to back it up. But… nope.

Instead, when his constituents showed up at an event in the town of Aurora, he opted to meet with only four people at a time instead of the normal town hall meeting politicians usually opt for. When it became clear that plenty of peeps were not on his side of the debate — with many wishing to share their fears over losing the coverage needed to care for their various heartbreaking health issues — Coffman snuck out early (ducking out through a side door that police had blocked off with crime scene tape), leaving around 100 people still waiting to speak with their congressman.

While more than 100 people were waiting to meet with him, Mike Coffman sneaks out early from his own community event. #9News pic.twitter.com/NAZlXTKgQm

It’s kinda hard to have faith in a politician when they literally seem to be running away from facing voters.

What do you think about Mike Coffman’s early exit? Tweet us @BritandCo!