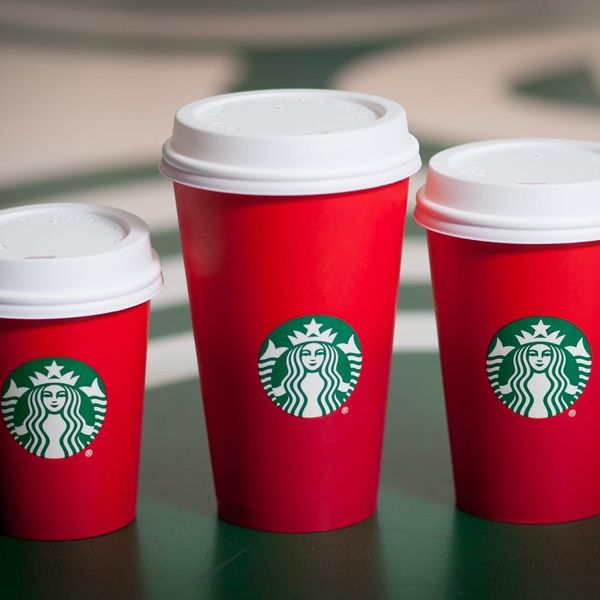 We’ve heard about a lot of ways that liberals are fighting back to make their voices heard following Donald Trump’s election ― just ask Mike Pence, who reportedly had 20,000+ donations made in his name, or Sophie Theallet, who is refusing to dress Melania Trump.

Now, Republicans are having their say following what some consider to be an outrage on their party, with Starbucks and its infamous cups at the epicenter of the drams.

The trouble may have started on Wednesday, when an altercation took place between a man and a barista at a Miami locale.

While the origins of the fight remain unseen, a fellow Starbucks-goer posted this video to Twitter, in which an angry patron can be seen calling an employee “trash” before proudly proclaiming that he voted for Trump. The poster of the video suggested that the man had accused the barista of “discrimination” because he waited too long for his coffee.

The man in question, David Sanguesa, told The Miami Herald that he shouldn’t have yelled (“I had a bad day. I was wrong for screaming at her. I have since apologized.”), but claims that the unseen part of the footage involved him being discriminated against and refused service (the Starbucks barista denies these allegations).

Since the video’s circulation, operation #TrumpCup, a Twitter movement which sees Trump supporters giving “Trump” as their name to baristas so that it will be called when their drink is ready, has surged to new heights.

While it’s unclear if his post was a direct response to the Miami incident or merely coincedence, a tweet from @bakedalaska with detailed instructions for would-be fans seems to have fueled the fire, with people flooding their local Starbucks with requests for the cup.

1) Go to Starbucks & tell them your name is Trump

2) If they refuse take video

Apparently, some are being denied the request, or alternately, made a mockery of, leading to further claims of discrimination.

Told barista to write "Trump", got this instead. I'm gonna boycott Starbucks & go back every day & try this again til they stop! #TrumpCup pic.twitter.com/WLNAYFy4hO

According to a Starbucks spokesperson, however, no employee actually has to call you by ANY name, or write one on your cup. “Over the years, writing customers’ names on cups and calling out their names has been a fun ritual in our stores. Rarely has it been abused or taken advantage of. We hope that our customers will continue to honor that tradition,” the spokesperson told CNN.

Some don’t see the point of the whole thing, saying that it would be more efficient to simply stop buying Starbucks if this is, indeed, a protest, and others are responding in kind, taking things into their own hands:

Ay yi yi! We can’t decide if this is better or worse than the never-ending #HolidayCup debacle, but either way, it’s a headache we’re sure Starbucks is less than thrilled to be a part of.

What are your thoughts on the #TrumpCup debate? Share with us @BritandCo.

Nicole Briese
Nicole is the weekend editor for Brit + Co who loves bringing you all the latest buzz. When she's not busy typing away into the wee hours, you can usually find her canoodling with her fur babies, rooting around in a bookstore, or rocking out at a concert of some sort (Guns N' Roses forever!). Check out all her latest musings and past work at nicolebjean.com.
Controversy
Politics
Controversy Politics Starbucks
More From Politics