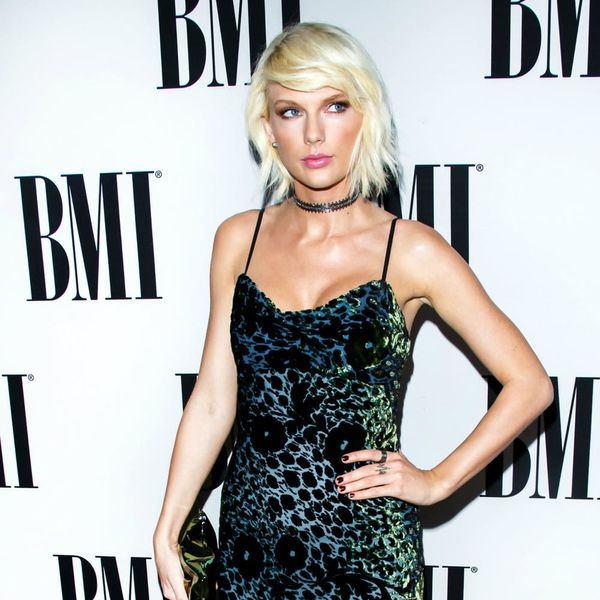 With the exception of Lorde’s 20th birthday party on Tuesday night, Taylor Swift has had a hella’ scary week — and no, we’re not talking about the election ― after being involved in a stalking incident that left a man behind bars. While DJ David Mueller is facing charges for allegedly sexually assaulting her, this man in question was actually 39-year-old Frank Andrew Hoover.

According to E!, Frank has been harassing Taylor and her family for months, sending sinister emails to her father that said without her, he would “walk the Earth forever alone and she’ll continue to experience failed relationships that break her heart.”

But this is more than a delusional man drunk on puppy love: Some of the emails actually threatened harm to the family, saying, in no uncertain terms, that “God would rid the Earth of them until the issue went away,” and calling Taylor a “wh*re named Satan.” Um, yikes?

The singer narrowly missed a potentially unfortunate run-in with Frank, who already has a protection order to stay at least 500 feet away from Taylor, on Thusday, when he violated it to come within 50 feet of her car at an Austin, TX airport.

Telling her bodyguards that he was “possibly attempting to accompany her wherever she goes” (creep much?), the man was arrested and put behind bars Thursday with a $100,000 bond where we hope he stays for a long, long time.

After all, coming on the heels of Kim Kardashian’s Paris robbery, no precaution is too great. Our hearts go out to you, BB — stay safe!

What do you make of Taylor’s scary sitch? Tell us over @BritandCo.

Nicole Briese
Nicole is the weekend editor for Brit + Co who loves bringing you all the latest buzz. When she's not busy typing away into the wee hours, you can usually find her canoodling with her fur babies, rooting around in a bookstore, or rocking out at a concert of some sort (Guns N' Roses forever!). Check out all her latest musings and past work at nicolebjean.com.
Taylor Swift
Entertainment
Taylor Swift
More From Entertainment