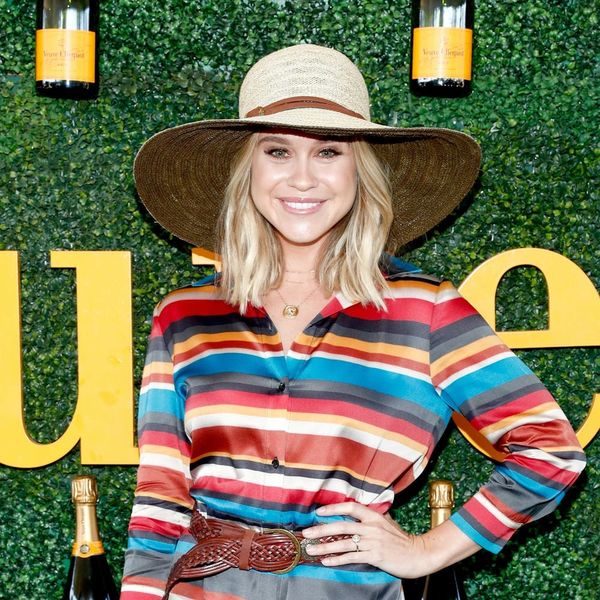 The cast of Glee is just full of love! Just two months after former cast member Dianna Agron tied the knot in a beautiful destination wedding with Mumford & Sons banjoist Winston Marshall, Becca Tobin (who received a knockout of an engagement ring back in May) just followed suit with her longtime love Zack Martin.

Unlike Diana’s wedding, however, which was a small and private affair, Becca’s co-stars, including Lea Michele, Jane Lynch, Michael Hitchcock, Meg Doyle, Matt Hodgson, Dante Russo, Jenna Ushkowitz and Kevin McHale, were all on hand in Jackson Hole, Wyoming, to help the blushing bride celebrate.

Posting first a pic of the gals prepping for the big day in their robes at the top of what appears to be a snow-filled mountain, then all dolled up with the group for the big event, Lea showed off what appeared to be a Gleeful affair, indeed.

Apart from the cast’s undeniable presence (Jane Lynch actually officiated the wedding) and Becca’s custom dress (which she worked with bridal boutique Loho to design), there was one other detail that set this cute couple’s nuptials apart from a traditional ceremony: the cake (or lack thereof). In place of the traditional wedding day treat, Becca and her new hubs opted for — wait for it — a donut tower!

“We’re both obsessed with donuts, so we decided to do a donut tower instead of a traditional cake,” she told Brides magazine.

What a fun idea! The two did keep tradition alive in other ways, however, like waiting to take their first glimpse of one another before walking down the aisle. “Neither of us wanted to do a first look,” Becca told the outlet. “So the moment I came down the aisle and we saw each other for the first time was my favorite! It was so incredibly exciting and super romantic. We loved being able to stick with that tradition.”

OMG THEY LOOK AMAZING I'm so happy for they 😍

Congratulations, you two — here’s wishing you a lifetime full of Glee!

What do you think of Becca’s nontraditional cake? Share @BritandCo.

Nicole Briese
Nicole is the weekend editor for Brit + Co who loves bringing you all the latest buzz. When she's not busy typing away into the wee hours, you can usually find her canoodling with her fur babies, rooting around in a bookstore, or rocking out at a concert of some sort (Guns N' Roses forever!). Check out all her latest musings and past work at nicolebjean.com.
Celebrity Couples
Entertainment
Celebrity Couples Celebrity Wedding love
More From Entertainment