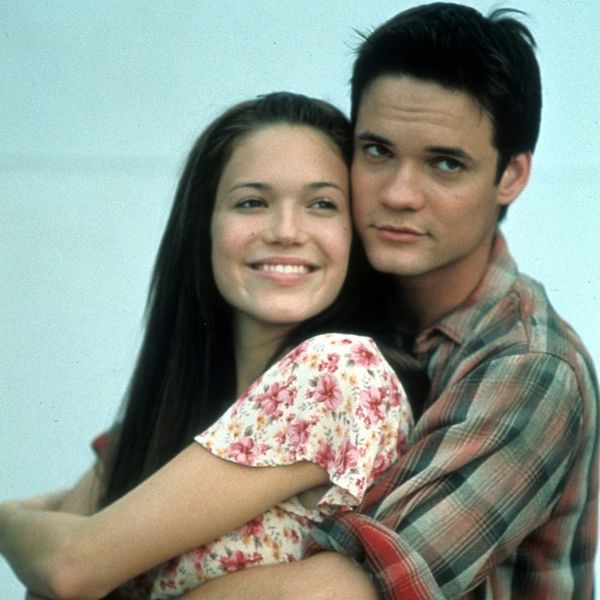 Mandy Moore has come a long way since her early days as a young pop star-turned-actress, when she took on one of her first roles as the ostracized church-going do-gooder Jamie Sullivan in A Walk to Remember.

Not only is she now a striking brunette, but she’s also thriving in the biz, with a recent announcement of a return to her role as the voice of Rapunzel in the upcoming Tangled sequel AND a leading role on one of today’s hottest shows, This Is Us (are you all caught up on the latest ep?).

Fans (and Mandy) have never quite forgotten/gotten over her roots, however (How could we!? Have you SEEN the film?).

Now, 15 years after its release, we’ve been rewarded with the reunion we’ve been awaiting since we first saw the film in 2002, as Mandy has posted a pic with both co-star Shane West and director Adam Shankman.

Welp. These 2 gentlemen are still some of the best around. Loved catching up with ya, @theshanewest and @adamshankman. My ❤ is full. #awalktoremember #reunion

“Welp. These two gentleman are still some of the best around,” she wrote of the snap. Loved catching up with ya, @theshanewest and @adamshankman. My <3 is full. #awalktoremember #reunion.”

Over 3 hour catch up dinner with @mandymooremm and @theshanewest . After 15 years their love is still like the wind: i cant see it but i will always feel it. Love u guys soooo much. #awtrreunion #AWalkToRemember #proudpapa.

Adam posted a similar shot, saying “Over three hour catch-up dinner with @mandymooremm and @theshanewest. After 15 years, their love is still like the wind; I can’t see it, but I will always feel it. Love you guys soooo much… #proudpapa.”

And as for Shane? He was feeling the love too, reposting Mandy’s pic and saying, “Last night after the Super Bowl, I got to see these two wonderful people….Had to steal the pic, hun.”

OMFG. Our hearts are absolutely soaring! Fingers crossed it won’t be another 15 years before we see these two together again… we don’t think we could take it!

Are you pumped to see these two stars reunite? Share with us @BritandCo.