This Star Trek Character Was Named After Jennifer Lawrence 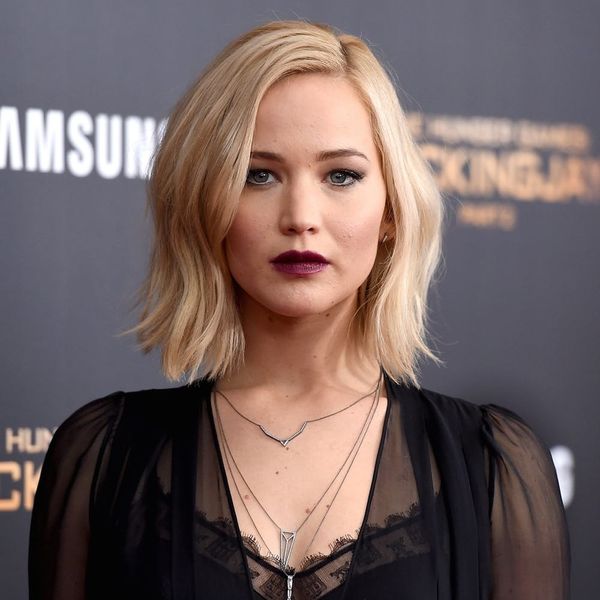 It’s been about two weeks since Star Trek Beyond hit theaters, and Star Trek fans everywhere have been talking about everything from Sulu’s sexuality to the film’s deep-dive references from the original series. Now, we’ve got a bunch more tidbits from co-writer Doug Jung in his interview with Tech Crunch… and it turns out that one of the major characters is named after one of our faves, Jennifer Lawrence!

In the interview, Jung explained that Jaylah, an alien scavenger played by Sofia Boutella, was actually inspired by Jen — specifically, her role in Winter’s Bone. Of course, any true JLaw fan knows that her character’s name wasn’t even remotely close to Jaylah — she plays 17-year-old Ree Dolly. So how exactly did that work? “We wanted to have a strong female character; I think Simon [Pegg]’s talked about this, like Jennifer Lawrence in Winter’s Bone,” Jung told Tech Crunch. “We just kept referring to her as ‘Jennifer Lawrence’ for a long time, then somebody, joking, was like JLaw?”

JLaw… Jaylah… get it? It’s OK if you didn’t — Jung explained that most people didn’t, either. “It’s so esoteric,” he said. “But phonetically, it sounded good — ‘Jaylah.’ It sounded a little foreign. We wanted her character to be someone who was outside of the understanding of the Federation and what it means, and… to really be a blank slate in the sense that she has no real understanding even of her own people, in a way.”

No word yet if JLaw has anything to say about this new development.

What do you think of Jaylah? Tell us on Twitter @BritandCo!