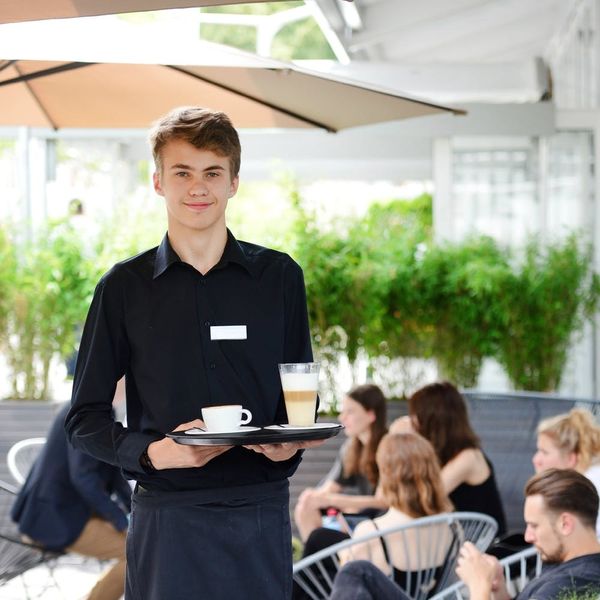 Acts of kindness, no matter how big — like Amber Heard’s $7 million donation to charity — or small — like turning your Pokemon Go addiction into a charitable cause, or simply giving your friend a simple hug when they need it most — are always a wonderful thing. If you’re skeptical about whether or not the universe takes notice, however, we’ve finally got some super scientific proof (sort of) that yes, it does. Karma is REAL, y’all!

Case in point? Meet Kasey Simmons. The 32-year-old native of Little Elm, Texas works as a server at Applebee’s, but more importantly, he’s on a mission to make people smile and spread happiness. As WFAA shared on Facebook, Kasey achieves this by “getting up every day like the Cowboys just won the Super Bowl” and taking part in little acts of kindness everywhere he goes. But even he couldn’t have expected what would come of his most recent sweet gesture.

Kasey was at a local grocery store when he noticed a woman who looked seriously sad. Rather than turning a blind eye, he walked over to her, offered to pay her $17 grocery bill and, to top it all off, told her she was beautiful. Then he left, continuing on with his day, thinking he’d never see or hear from her again. Oh, how wrong he was!

The following day, Kasey served a customer who ordered the cheapest thing on the menu — a $0.37 flavored water — and left him a $500 tip, plus a touching note scribbled on a napkin. As he soon discovered, the customer was the daughter of the woman whose groceries he had paid for just the day before.

“Kasey, on behalf of the Sullivan family, I want to thank you for being the person you are,” she wrote. “On one of the most depressing days of the year, (the death of my father, three year anniversary) you made my mother’s day wonderful. She has been smiling since you did what you did. Her grocery was only $17.00, and you insisted on paying and told her she was a very beautiful woman.”

All we can say is WOW! This is one touching tale that deserves its own Hallmark TV movie. *sniffles*

Barbara Pavone
Barbara Pavone is a pop culture-obsessed writer based in beautiful (but ridiculously cold) Montreal, Canada. When she's not working, she's sipping on a Pimm's Cup and daydreaming about her celebrity hero, Saint West.
Current Events
More From Current Events