How To Use Your Pokémon Go Addiction for Good 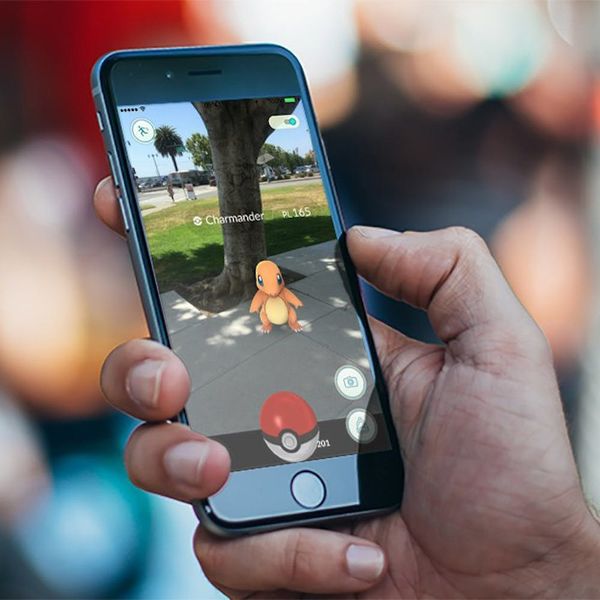 If you’ve been bitten by the Pokémon Go bug but are feeling a pang of guilt for spending so much time collecting Clefairies, Psyducks and Jigglypuffs, you really, really shouldn’t. First, Pokémon Go is so fun! Why not bask in the uber-popular phenomenon? Second, there are actually a ton of instances of real-life good happening as a result of the game. So don’t just play Pokémon Go, play Pokémon Go and change the world! Here are a few ways to do just that.

1. Walk for charity via Charity Miles. When engaged in Pokémon Go, you’ll be doing a WHOLE lot of walking — miles and miles of walking that you perhaps wouldn’t have done otherwise. Make those miles count in more ways than giving you killer calves. With the free app Charity Miles, you’ll earn money for charity while you walk (you can pick from about 30 different organizations from ASPCA to Stand Up to Cancer). You’ll earn 25 cents for every mile you walk on foot, and while that may not sound like much, if enough of us Pokémon hunters participate, we could really make a difference.

2. Take shelter dogs for a walk. Various dog shelters from Juneau, Alaska to Muncie, Indiana are asking Pokémon Go players to swing by and take one of the canines in their care on your hunt. “Not only do you get to walk around and hatch your Pokémon Eggs and look for all these Pokémon, the dog gets to go with you and get a nice walk,” GHS volunteer coordinator Kendra Bolin tells The Juneau Empire. While Growlithe might be totally adorable, wouldn’t it be nice to spend time with a real animal? Check with your local animal shelters and see if you can walk their pups while you look for Pokémon.

3. Create a charity event around a Pokémon hunt. A warm-hearted Pokémon hunter in Oakland, CA recently organized a Pokémon Go drive to collect school supplies and toiletry kits for the kids at a local children’s hospital. During the event, they’ll set up lures at a variety of nearby Pokéstops and they’ll also hold a raffle for a bunch of cool prizes. This would be a simple thing to do in your own hood — invite a gazillion people, drop a whole bunch of lures for a few hours and help the organization of your choosing.

4. Ask before posting a lure at a children’s hospital. When the game first launched, quite a few people (with the best intentions!) dropped lures all around children’s hospitals with the intention that the kids in residence would be able to grab pocket monsters in the halls. The thought is a good one, but many hospitals are concerned about safety and security, and it can cause major disappointment for kids who can’t leave their beds and aren’t able to properly hunt. However, it should be noted that there are exceptions. “It’s a fun way to encourage patients to be mobile,” J. J. Bouchard of C.S. Mott Children’s Hospital in Ann Arbor, Mich. said. “This app is getting patients out of beds and moving around.” So keep your ears open, some facilities may indeed welcome some dropped lures!

Sunny Chanel
Sunny Chanel is a freelance writer as well as the founder of the whimsical site Wonder and Company. When this proud San Franciscan isn't writing, working on her fixer-upper or doing crafts, she is playing dress up with daughter and planning her next trip to Disneyland.
Tech
More From Tech