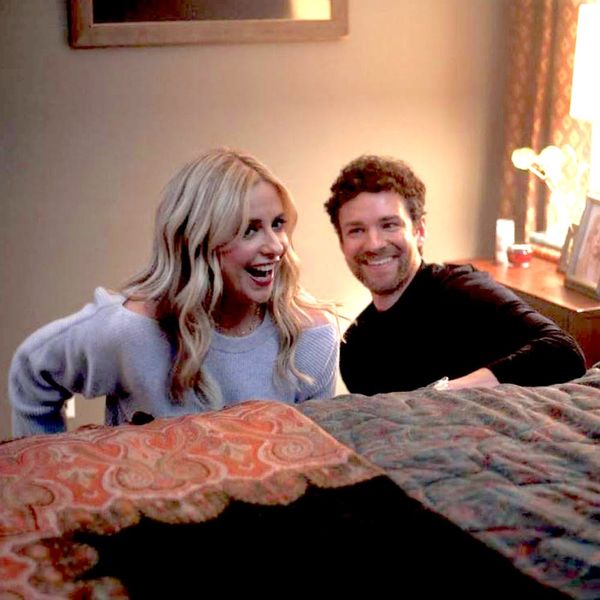 While the Super Bowl is ostensibly about football, most of us tune in for the overall spectacle of the event and not just to see who wins the game. But beyond the epic singing of the National Anthem, the Super Bowl Halftime Show, and, well, the actual football, there are the commercials: multi-million dollar spectacles in and of themselves that people wait all year to see.

Ads aired during the Super Bowl have historically targeted an audience of (it would seem) chest-thumping brosephs, featuring scantily clad or otherwise thinly caricatured women hawking everything from burgers to sports cars. But this year’s ads are breaking new ground. With women accounting for 47 percent of last Super Bowl’s roughly 103.4 million viewers, advertisers are stepping up their commercial game, marking what AdAge calls a “Year of the Woman” in Super Bowl advertising.

Although there’s a ways to go before we see true gender parity in the cultural extravaganza that is the Super Bowl, this year’s crop of commercials not only feature more women in leading roles, but also offer decidedly different messaging about gender than we’ve seen in the past. According to AdAge, more women were hired to work on these ads behind the camera, too.

Women have starring or feature roles in seven of the 25 full Super Bowl commercials that have been released as of press time. Yes, that means that male-dominated ads still more than double those with leading ladies, but it suggests a marked improvement. Last year’s game included only 13 women-led ads, compared to around 50 that focused on men. In 2017, that ratio was 23 to 61.

Leading the charge this year is an ad starring GOAT Serena Williams for the women-driven dating app Bumble (she is the app’s global ambassador). The ad was produced by a team of predominantly women.

“As you know in the advertising world the number of female creatives is far less than the number of males, especially when it comes to Super Bowl ads,” Laura Hutfless, partner at FlyteVu Agency, the creators of the Bumble ad, told AdAge. “So if we were going to create a Super Bowl ad targeting women, we needed to have women writing the script — women understand women, so it made natural sense to us, that this ad needed to be created predominantly by women.”

And while we’re used to seeing male-dominated advertising during the football game, Proctor & Gamble’s Olay brand is making its Super Bowl debut during this year’s game. The commercial, starring Sarah Michelle Gellar, is called “Killer Skin” — a nod to the actress’ former days as a scream queen in the I Know What You Did Last Summer franchise.

The ad doesn’t just speak directly to women; it also plays into the traditional comedy-driven ads we’ve seen in years past. “All you ever want to do in your life as an actor is have these moments that people remember,” Gellar said of her decision to do the commercial. “When I read this, I thought, ‘Oh, my god, this is going to be the kind of commercial that people remember and talk about the next day.’”

Kat Armstrong
Kat has been a writer, social media maven and mom for longer than she's willing to admit. She's also spent time in front of and behind the camera, interviewing celebs, politicians and acting as a producer for fashion and artistic photography shoots. When she isn't writing for various orgs and publications, she's hanging with her kids, husband and French Bulldog, Peter, in Toronto, Canada.
Inclusivity
Gender Issues
Inclusivity Super Bowl