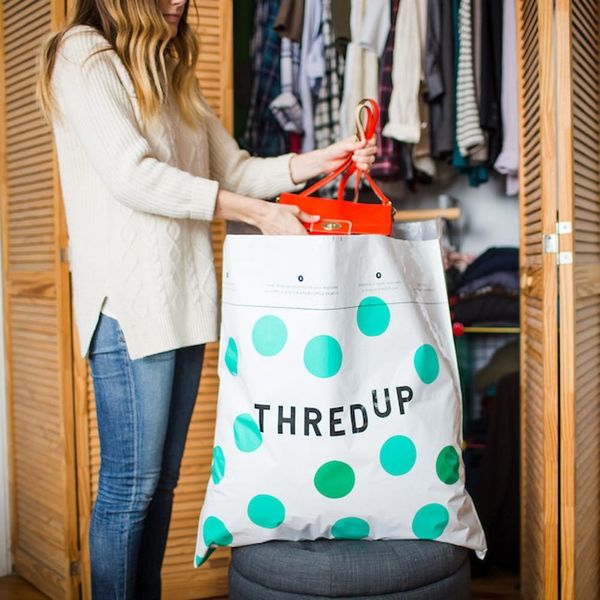 It’s almost officially spring: a time when everything blooms anew (hooray!), including our wardrobes (double hooray!). And with all those sweet items out there to refresh our closets, spring cleaning basically goes hand-in-hand. So what are most women saying sayonara to this season? Resale app thredUP just released their “Purge Surge” lists, with insider intel on which labels, and what kinds of pieces, saw a resale uptick in 2016. The findings may surprise you.

According to the data, the height of spring cleaning is between February 15 to March 28 (have you gotten started yet?), during which the folks at thredUP saw a 67 percent increase in items sent for resale. The number one brand women were re-homing? New York & Company, which saw a 472 percent spike in purging from the previous year. Tommy Hilfiger, despite a Gigi collab and resurgence in ‘90s logo fashion, followed closely behind. Also noteworthy? Three activewear labels cracked the top 10. (See the full list below):

And the number one type of item that women were parting with this past year? Chambray clothing, which saw a whopping 763 percent purge increase from the previous year. The denim-like staple soared past the others on the top-five list, which included the below:

So what does this all mean? Out with the old, in with the new, apparently. “Women sell to thredUP all year long, but we certainly see a spike in volume around spring cleaning,” says Kathleen Weng, VP of Merchandising at thredUP. “However, we’ve learned seller motivations aren’t just about de-cluttering, but more so about refreshing their style and finding new favorites. We also see an increase in shopping this time of year.”

So it may not necessarily be that women are sick of these things but perhaps just ready for a change. We totally get that. BRB, off to make room in our closets now.