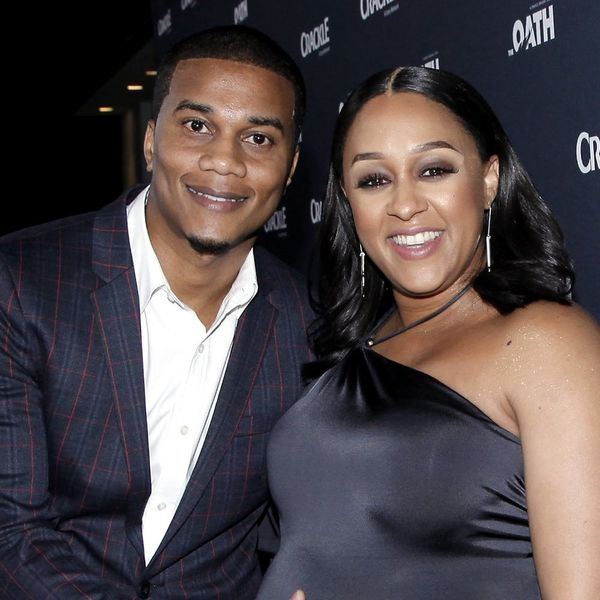 Back in May, Tia Mowry announced that she had welcomed a daughter into the world, her second child with husband Cory Hardrict. Now the Game actress has revealed her baby girl’s unique name.

“CAIRO TIAHNA HARDRICT! I’m so excited to spend the rest of of my life loving this little one,” Mowry wrote on Instagram, sharing a video clip of the infant in her mom’s arms. In the clip, Mowry said that the name Cairo “basically means victorious.” She also pointed out that the middle name begins with the letters T, I, and A — a nod to her own name, Tia.

The mother of two posted a longer version of the video to Tia Mowry’s Quick Fix Facebook page. “Tiahna actually means ‘follower of Christ,'” she explained in the full vid. “Also, Tiahna was one of the first African princesses, so she is our little princess here.”

As for how they came up with the first name, Mowry said that her husband always feels closer to his own mother when he’s flying or, as she put it, “when he’s up in the air.” During one trip, he saw the letters A, I, and R in the sky and wanted them to be in the baby’s name. Hence, Cairo. Additionally, the baby girl’s initials, “C.T.H.,” match those of her seven-year-old brother, Cree Taylor Hardrict.

Mowry also spoke about giving birth to her daughter, explaining that she had a cesarean and was initially wheeled into the OR alone while her husband waited outside. Only later did she find out that he had posted a picture of himself “bawling … because he’s ready to meet his baby girl.”

She said the nurses warned each other that they had a “papa bear” on their hands. “Basically, that means just a father who’s very curious about everything, wants to know everything, and just very involved,” Mowry noted with a laugh. “He’s such a hands-on dad. It’s so rewarding and just remarkable to see.”

Does your name have any special meaning? Let us know @BritandCo!