5 Super-Simple Hacks from Dr. Oz to Help You Keep Those Resolutions Going 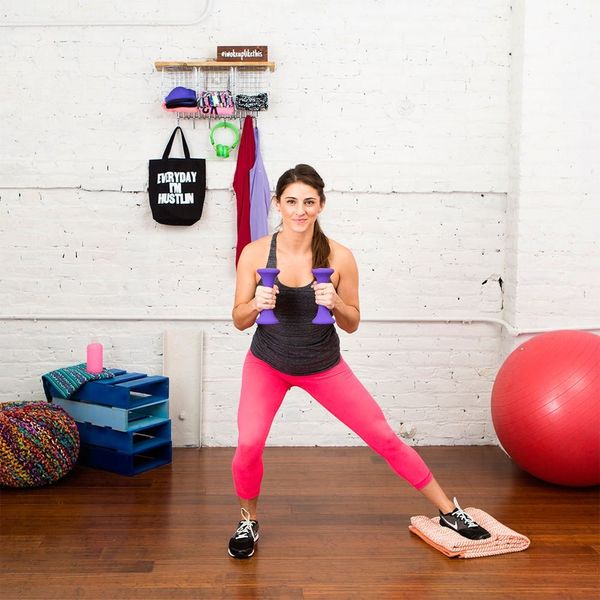 According to statistics compiled by the Statistic Brain Research Institute, roughly 45 to 62 percent of you likely made a New Year’s resolution this year, but, (cue the groans!) just eight percent of you will be successful in keeping them. Dr. Mehmet Oz, however, (yup, America’s Doctor himself)! tells us that that’s probably because — doh — we aren’t doing it right. The bright side? Oz says that, when done correctly, your chances of keeping a resolution increase tenfold just by making it on New Year’s Eve as opposed to any other time of year.

If you’re not sure how to go from a NYE don’t to a do, don’t sweat it — there’s still plenty of time! We chatted with the good doctor about what you can do improve your odds with these five surprisingly easy steps.

1. Be Accountable: First and foremost, Dr. Oz says that you need to choose a goal that’s both realistic and attainable. “Don’t be grandiose,” he warns. Once you’ve settled on a totally reasonable intent, Oz agrees with blogger Grace Bonney’s tip for making your resolution public. He urges you to write it down in concrete lettering and not just as a memo to yourself. “Publically declare your resolution,” he says. “Tell your spouse, your kids [or use] social media.” But don’t just leave it at that. “Track your progress,” Dr. Oz advises. “Make sure that it’s written.” This adds an element of accountability to your goal that you didn’t have before.

2. Change Your Surroundings: Next up, Dr. Oz says it’s time to change your environment so that “it helps, not hinders” your goals. A perfect example might be rearranging your fridge if you’re trying to eat healthy. “Put the healthy foods at eye level so that you can see them,” Dr. Oz suggests. “Keep healthy restaurant menus at the front of the drawer [where they’re] near you. It makes it easy to do the right things when the right things are right in front of you.” Simple substitutions, such as swapping out cream and sugar in your morning coffee with lemon and water, can also help to keep everyday habits in line with your goals.

On the flip side, Dr. Oz tells us that it’s vital to avoid your triggers. You know: those little things that you know are bad for you that you continue to do anyway because you love them so much? “For me, it’s chocolate covered nuts,” Dr. Oz reveals. The solution? Get rid of ‘em. “Toss out the soft drinks!” he says. If you’re really serious about your resolutions, Dr. Oz also suggests avoiding people who don’t share or support your goals. “If you’re [eating healthy], don’t hang out with people who aren’t,” he says.

3. …But Don’t Expect to Change Yourself: Contrary to that old adage you might have heard about it taking 90 days to break a bad habit, Dr. Oz says you should be focused more on replacing bad habits with healthy ones, not breaking them. “You don’t really change,” he explains. But healthy practices can become habits much quicker than you might expect. “Within two to three weeks, you can replace a bad habit with a healthy one,” Oz says.

4. Get Some GD Sleep!: While this one’s especially helpful for those looking to whip their bods into killer shape, it’s also beneficial to those with high-energy, active goals, such as traveling more or conquering the great outdoors. “If you’re [sleep] deprived, your body will crave carbs to stimulate it,” Dr. Oz says. As most of us already know, bad carbohydrates can cause a rush of glucose, which can make you feel sleepy and sluggish when it later drops. Simply getting your full eight hours of shut-eye can steer your diet and energy in the right direction.

5. Don’t Deprive Yourself: Finally, no matter how serious you are about your ambitions, Dr. Oz says going to extremes to achieve them can actually be counterproductive. Take, for example, someone looking to lose weight. While they might be inclined to drastically reduce their food intake, Oz says making your body hungry is a surefire way to overeat. “I’m of the group that believes you should be a snacker,” Oz shares with us. “You [should not] go for more than four hours without [eating] food.” He recommends keeping healthy tidbits, such as nuts, on hand in between meals. “My new Day Off Diet addresses all these issues,” he says.

And there you have it! Everything you need to get cracking on achieving your dreams in 2016. As for Dr. Oz? “I want to start playing the piano more,” he says of his resolution. A tip of our hats to you, sir.

Nicole Briese
Nicole is the weekend editor for Brit + Co who loves bringing you all the latest buzz. When she's not busy typing away into the wee hours, you can usually find her canoodling with her fur babies, rooting around in a bookstore, or rocking out at a concert of some sort (Guns N' Roses forever!). Check out all her latest musings and past work at nicolebjean.com.
Healthy Living
Health
Healthy Living
More From Health