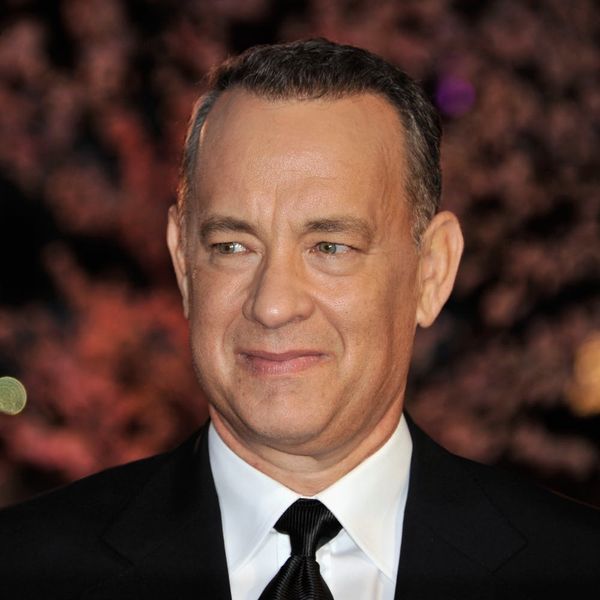 Tom Hanks may be known as one half of Hollywood’s most beloved rom-com couple and a gift-giving expert, as well as an adorable wedding crasher, but to the White House press corps, he’s known as a caffeine-savior. That’s because after famously giving them one espresso machine back in the day, he’s now given them ANOTHER one… and you’ll love the jolting reason why.

It all started back in 2004 during the Bush administration, when Hanks visited the White House and was shocked to find out that the press room didn’t have a coffee machine. “I hope this machine will make the 24 hour cycle of news a bit more pleasant,” he told the surely appreciative group, according to NY Daily News.

Here is the note @tomhanks sent with the coffee machine pic.twitter.com/vFo4m1OXxf

Now, as things get heated once more in the press room, Tom Hanks noticed on a recent visit that the old coffee maker was looking a little worn out. Natch, he sent the press corps a brand new Pasquini coffee maker with the message, “Keep up the good fight for Truth, Justice, and the American Way. Especially for the Truth part.” *thumbs up!*

Thankx to @tomhanks for the new coffee machine for the schlubs in the WH press room. pic.twitter.com/DHVhowzd3L

We have no doubt that the journalists are just as thankful (and wonderfully caffeinated) this time around.

What do you think about Tom Hanks giving the White House press corps a coffee maker/espresso machine? Let us know @BritandCo!