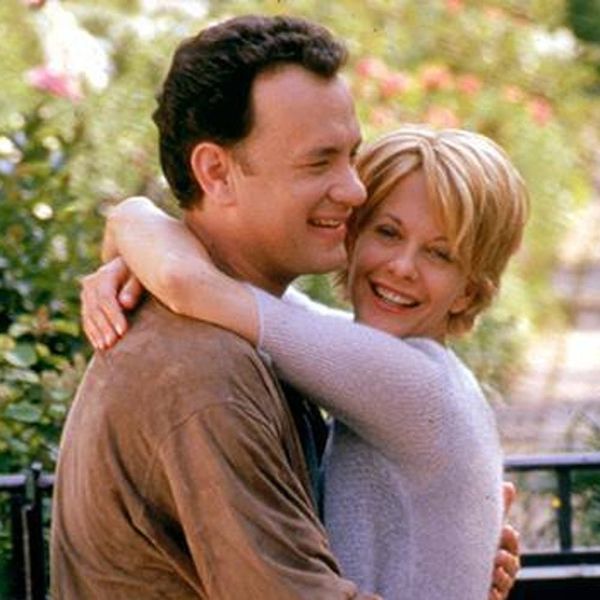 For every ’90s kid, old school rom-coms hold a special nostalgic place in movie-lovers’ hearts, and no two actors epitomize the genre more than Meg Ryan and Tom Hanks. From Sleepless in Seattle to You’ve Got Mail, their on-screen chemistry was swoon-worthy. Now, they’re coming together once again, but in a story that’s much different from what you’re used to seeing from them.

It’s been 18 years since You’ve Got Mail, still a rom-com fave for many, and now Meg and Tom will be appearing together in a new movie, Ithaca. The catch though is they’re only going to be reunited for one scene. Whaa?! The film will focus on the son of Meg and Tom’s character during the Second World War. Tom’s character is, in fact, dead. Meg will be playing a supporting role as Tom’s widow. This really doesn’t sound rom-com-ish at all. Actually, it sounds like we should be bringing Kleenexes.

Despite the tragic premise, filming the movie was still a fun time for the long-time friends, especially the one time (10 hours) they got to work together. “At the end of his time,” Meg told Entertainment Weekly of Tom, “he says to the crew, ‘All right, gather ‘round. Listen, I know we’ve gotten to know each other very well over the last 10 hours together, but I just want to thank you for being here for my friend Meg.’ It was such an act of friendship. I love him so much.” Too sweet!

Though it initially sounds as if Meg had a minor role in this film, she also directed Ithaca, which was adapted from William Saroyan’s novel The Human Comedy. Heading to theaters September 9, take a peek below at Tom and Meg together again.

Are you excited to see Meg Ryan and Tom Hanks together again on screen? Tweet us @BritandCo!